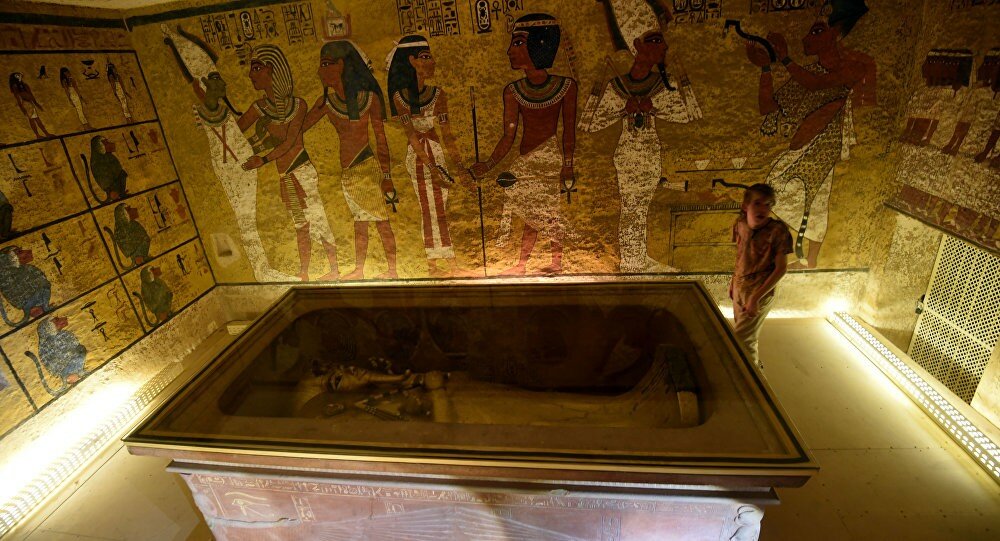 Historic archeological discoveries seem to continue to baffle and astound modern-day researchers as we uncover more and more mysteries of the ancient world. Textbooks have told one story for the last hundred years, but science writes and rewrites the stories from time to time.

This time, an archaeological team has unearthed twenty ancient coffins near the Egyptian city of Luxor.

These coffins bearing sophisticated patterns were found Asasif, an ancient catacomb located on the west bank of the River Nile.

These coffins were found to be very well kept bearing legible inscriptions and maintain much of their original vivid colors. Upon seeing them, one can envision how impressive they would have appeared when first closed so long ago.

These sarcophagi were discovered in a multi-layered tomb, with one row of coffins carefully placed on top of another row. 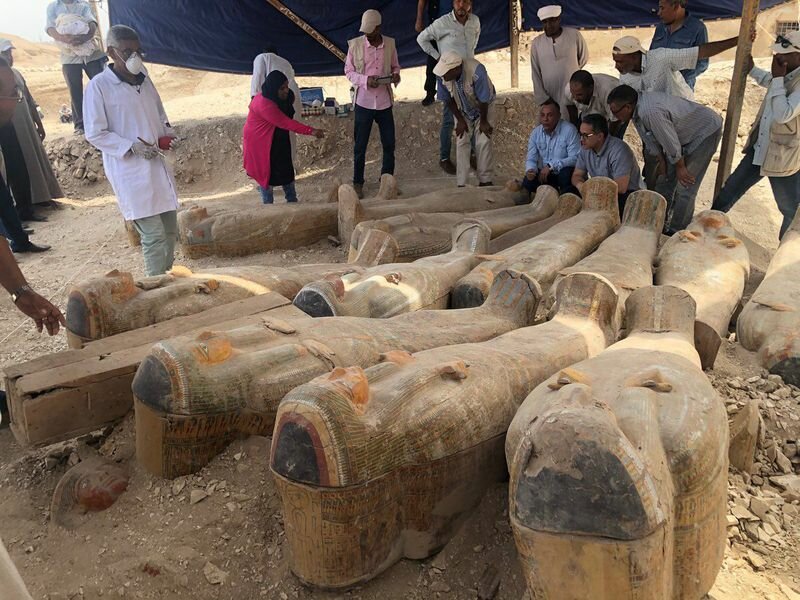 As reported by CNN, Al-Asasif is an archaeologically significant site known as a place where nobles and officials were laid to rest during the time of the pharaohs. Archeologists digging in the area have made discoveries proven to date back to Egypt’s eighteenth dynasty which began around the year 1539 B.C.

BBC News reports that most of the tombs discovered at Asasif have been found to date back to Egypt’s Late Period between 664 and 332 BCE. Although now, archaeologists have found previously exhumed tombs to date back much earlier to the eighteenth dynasty, which was the era of famous Egyptian pharaohs such as Hatshesput, Amenhotep III and Tutankhamun.

As of now, archaeological researchers have yet to determine exactly to which period of ancient Egypt these newly discovered coffins belong nor whose remains are contained within these well preserved intricately carved coffins.

On Saturday, October 19th a press conference will be held in West Luxor in order to disclose and discuss details about this fascinatingly wonderful discovery.

As linear time moves forward and history continues to unfold, scientists and explorers continue to make discoveries which alter our understanding of the ancient world and humankind. Some of the most marvelous discoveries were chronicled by a recent History.com article. 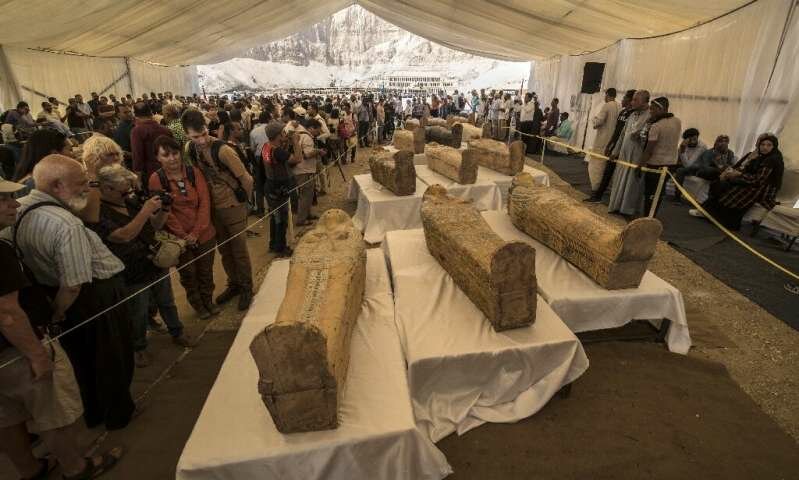 A human jawbone was discovered in Israel, which is believed to be about 50,0000 years older than the oldest humans remains found outside of Africa yet. This has led researchers to think that humans may have migrated out of Africa much longer ago than previously believed.

After a truck accidentally plowed into the UNESCO World Heritage Site in Peru, researchers discovered more Nazca lines than what had already been documented by using drones to map the area.

In Sicily, Egypt and Israel, scientists have recently discovered evidence of the earliest consumption of some of the modern world’s favorite foods such as olive oil, cheese and beer.

While playing in Vidöstern Lake, an eight year old girl by the name of Saga Vanecek stepped on a rusty piece of metal. This metal turned out to be a sword which is believed to be about 1000 years old and may possibly date back to the 5th or 6th century, predating the Viking era by hundreds of years.