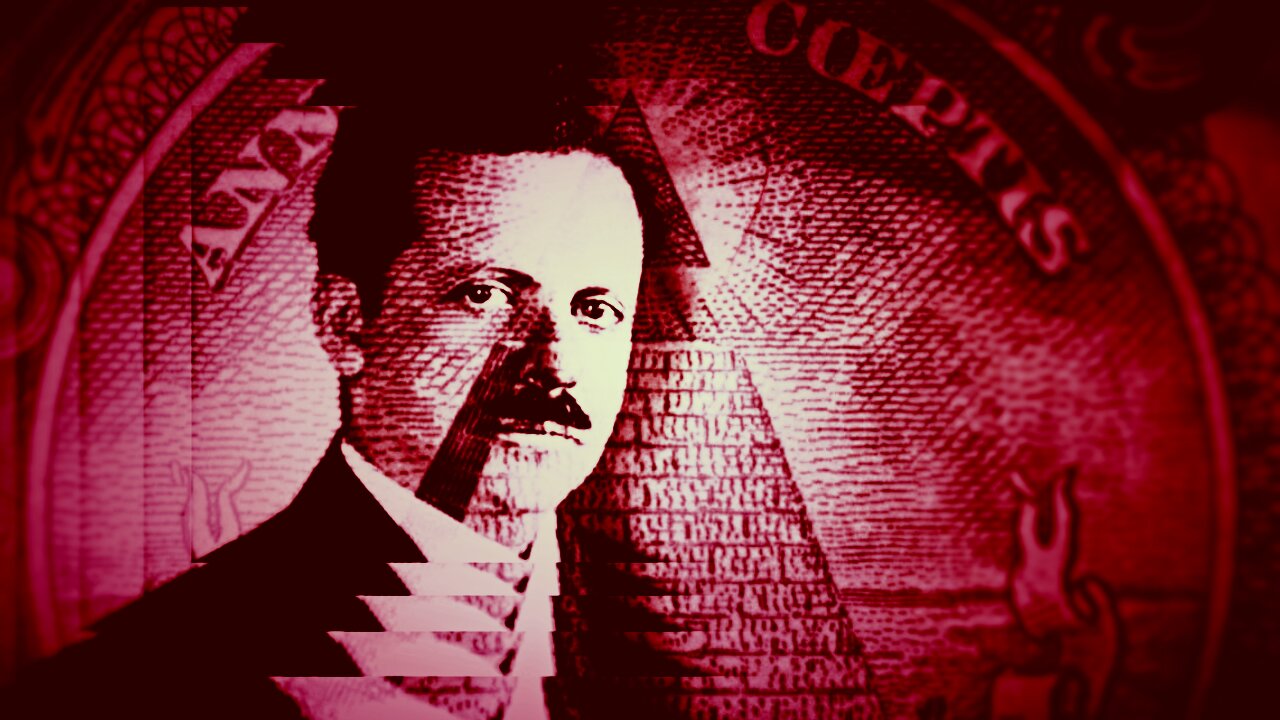 The Century of the Self was a British television documentary series produced by film-maker Adam Curtis in 2002. The documentary compiles some of the most important research of our time, showing how our modern consumer culture was created by a PR consultant named Edward Bernays.

Bernays was also the first person to use the term “public relations” to describe the work of the propagandist. In his famous book bluntly titled “Propaganda,” Bernays highlighted his own work and the works of many other prominent figures in the public relations industry. It is important to mention that Edward Bernays came from a very prominent family in the field of psychology, as he was the nephew of Sigmund Freud, the “father of psychology.” Freud’s discoveries about the human unconscious were the basis of his nephew’s work.

To open the Century of Self documentary, Curtis says, “This series is about how those in power have used Freud’s theories to try and control the dangerous crowd in an age of mass democracy.”

Bernays used what he knew about the inner workings of the mind as a tool of persuasion to control the masses through their subconscious.

In “Propaganda” Bernays is very clear about how he seeks to manipulate the public.

“The conscious and intelligent manipulation of the organized habits and opinions of the masses is an important element in democratic society. Those who manipulate this unseen mechanism of society constitute an invisible government which is the true ruling power of our country. We are governed, our minds are molded, our tastes formed, our ideas suggested, largely by men we have never heard of…in almost every act of our daily lives, whether in the sphere of politics or business, in our social conduct or our ethical thinking we are dominated by the relatively small number of persons…who understand the mental processes and social patterns of the masses. It is they who pull the wires that control the public mind,” Bernays says.

Before Bernays published “propaganda” in 1928, advertisements were far less complicated than the ones that were seen after. While advertisements in the past would just describe a product and its uses, now they would appeal to the viewer’s subconscious fears and desires in order to make a mental connection between product and consumer. Do you ever wonder why commercials often times have absolutely nothing to do with the product they are trying to sell? It is because they are trying to sell an image that you can relate to, not just a product. 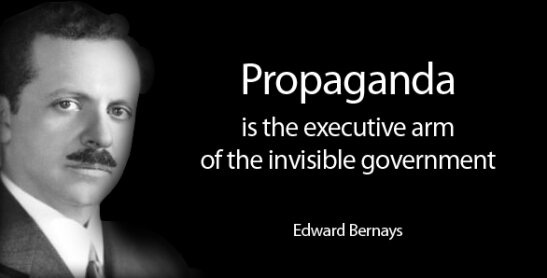 An unbelievable amount of thought, time and energy are put into every advertisement. Just think about how much money a 30-second commercial spot during the super bowl costs. These corporations know exactly what they are doing. They are playing on your emotions and subconscious through their advertisements so you buy their product, whether you want to or not. Edward Bernays clients were some of the most successful businesses of the time, thanks to Bernays cunning advertisements. Betty Crocker approached him when they were having trouble selling their instant cake mix. Bernays instructed them to change the recipe by adding an egg, which would make the consumer feel that they weren’t just using an “instant mix.” Bernays trick worked, and sales soared.

His next client, however, was far less innocent. A short time after the success with Betty Crocker, Bernays was approached by the American Tobacco Company who was trying to figure out how to convince females to smoke cigarettes. Apparently, at the time there was a stigma attached to females smoking as it was not “lady like.” Bernays and the ATC wanted to end this taboo and open up the tobacco market to the feminine half of the human population, which would double sales. Bernays exploited the women’s civil right struggle by making advertisements that claimed it was liberating and empowering for women to smoke cigarettes. In his advertisements, Bernays called cigarettes “torches of freedom” and encouraged young feminists to “light up.” Again his deceptive marketing worked and the American Tobacco Company doubled their revenue.

Bernays’ blueprint has become standard operating procedure in the western world, and most people don’t even know his name.

The Century Of The Self (2002): Watch Full Documentary below: 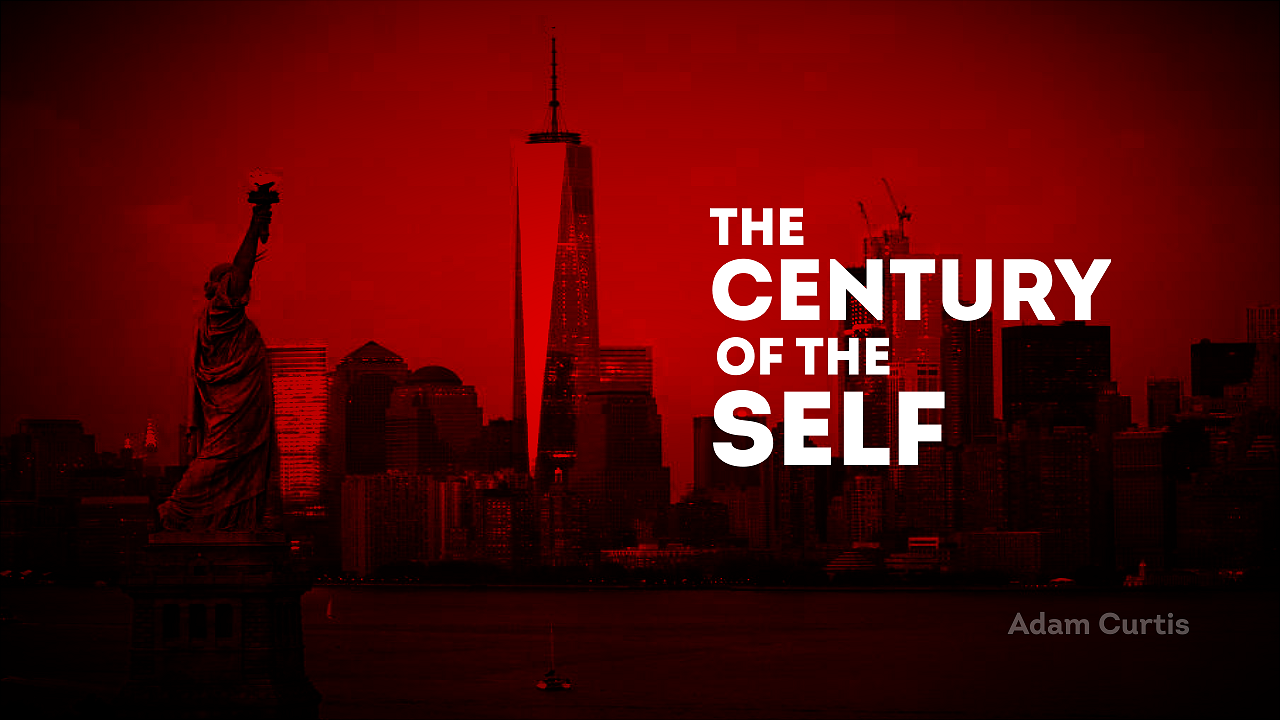 Sigmund Freud’s nephew and propaganda master Edward Bernays is the primary focus of part one. This section explores how Bernays used public relations to change what it meant to be human, which made it easier for politicians and advertisers to manipulate the general public.

Part 2: “The Engineering of Consent”

Part two shows the continuation of the Freud/Bernays dynasty through World War 2 and the Nazi regime. The film also takes a look at Freud’s daughter Anna, who worked with the government on programs that sought to control human behavior.

Part 3: There is a Policeman Inside All Our Heads; He Must Be Destroyed

Part three takes a look at the birth of the modern American age in the 1960s, when younger generations began to embrace a self-centered lifestyle ruled by materialism. Freud’s theories and the work of his family still provide a backdrop to the developments taking place.

In the fourth and final film, Curtis brings us into recent history, and shows the connections between the Freud dynasty and the Bill Clinton administration. This is a rare look into how the public relations industry influences elections.

Copyright Disclaimer under section 107 of the Copyright Act 1976, allowance is made for “fair use” for purposes such as criticism, comment, news reporting, teaching, scholarship, education and research. Fair use is a use permitted by copyright statute that might otherwise be infringing. Non-profit, educational or personal use tips the balance in favor of fair use.