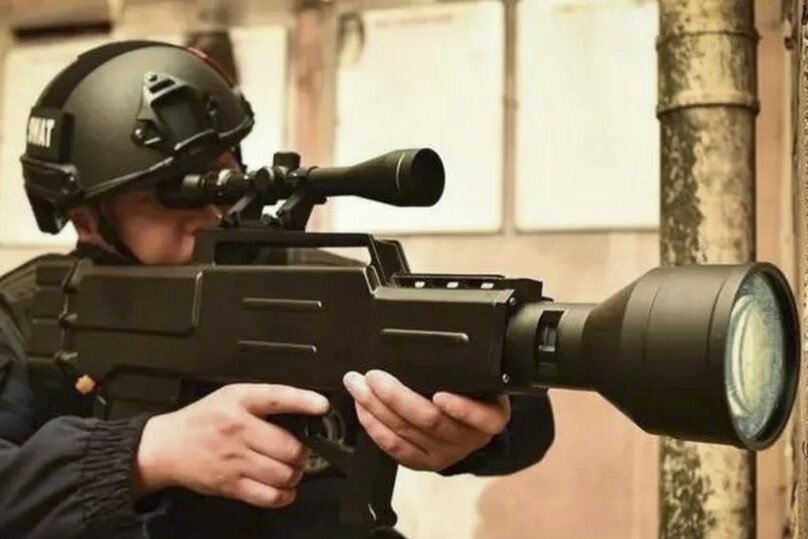 China is developing some incredibly advanced weaponry, which could help to position the large nation as the most powerful military force in the world for this century. One of these weapons is a portable laser that can incinerate a target that is roughly a kilometer away.

The device is called the ZKZM-500 laser assault rifle, and while it is classified as being “non-lethal,” it can literally set human flesh on fire. The gun shoots a beam that is undetectable to the naked eye, but has the ability to pass through windows. The new laser devices are not considered lethal because they can’t kill a person with one shot, but if the beam is focused on a person long enough, it will burn a hole right through their body.

The South China Morning Post reported that the weapon will have the ability to “burn through clothes in a split second … If the fabric is flammable, the whole person will be set on fire”.

It is suspected that this new technology was developed with government resources that were issued in 2015 to research compact laser devices. That year, the Chinese government set aside two billion yuan just for this specific purpose.

According to some representatives with the United States military, China is already using these weapons and testing them out in the field. The US government recently filed a formal complaint, insisting that a “weapons-grade” laser was fired from a Chinese base, leaving two US pilots with eye injuries.

The Chinese government was also clear that they intend to use these devices for crowd control during protests and times of social unrests. A document released by the government suggested that it would be used by law enforcement to prevent “illegal protests.”

According to South China Morning Post, the document even said that the beam could set the hair and clothes of protesters on fire, so they would lose “the rhythms of their speech and powers of persuasion”.

Some police aren’t very excited to use such dangerous machines in the field. One officer to the South China Morning Post that it would be a “horrid sight” to see the device in action against peaceful protesters.

“The laser burn will leave a permanent scar,” he said.

The officer also said that such brutality from the police could enrage the protesters further, turning a simple demonstration into a riot. 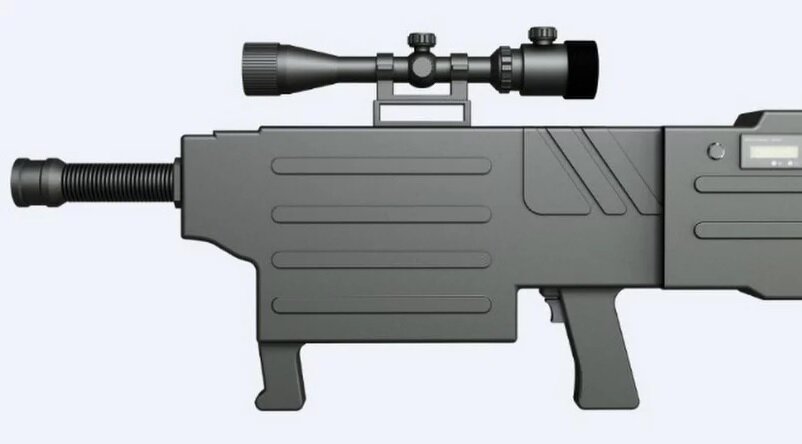 The US Navy has recently developed some bulky, low-capacity laser weapons, but they are no match for the versatility and power of these new Chinese devices. The US devices are not nearly as strong, and they need to be mounted on ships, so they can only be used in very specific situations.

Earlier this year, it was announced that the government of China set a defense budget growth target of 7.5 percent in 2019, which is slower than last year but still enough to build a military that rivals the United States.

According to research from the Stockholm International Peace Research Institute, China spends considerably more on defense than they reveal to the public. There is no doubt that the United States still spends more on the military than any other country, but with China’s massive population, they can get more bang for their buck.

Over the years, China has poured billions of dollars into overseas projects, helping to lift the economies of many nations across the globe, including South Africa, Sri Lanka, Malaysia, and many others. The loans gave these countries the economic boost that they needed to become more significant players on the global stage, however, these countries have all seen economic hardships when it came time to pay back the money, because the conditions of the loan are very strict.

When China loans money to a country and they are unable to pay, which happens often, the country must then give up a large stake in its economic infrastructure, including ports and trade routes. This strategy of conquest is popularly known as “debt trap diplomacy”

In this article:China, Laser Rifles