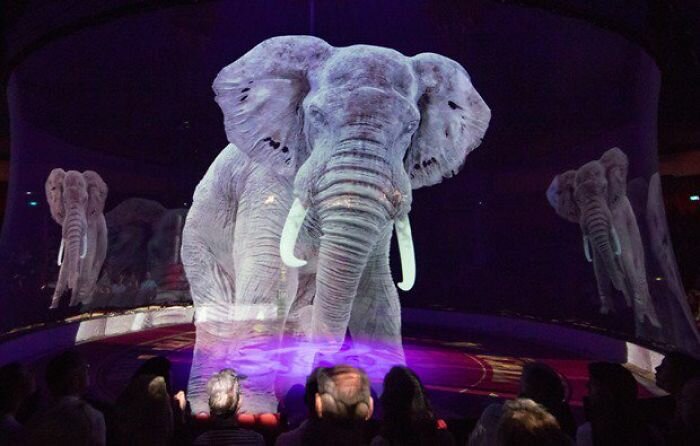 A circus in Germany has come up with an incredible idea to put on a show without holding animals in captivity. Instead of using live animals in their show, Circus Roncalli replaced the live animals with 3D holograms.

The circus began using holograms last year as a part of their “Storyteller” attraction, but animal rights activists say that this should be the future of the industry.

Circus Roncalli founder and director Bernhard Paul, says that he has invested more than 500,000 euros into the hologram animal project. 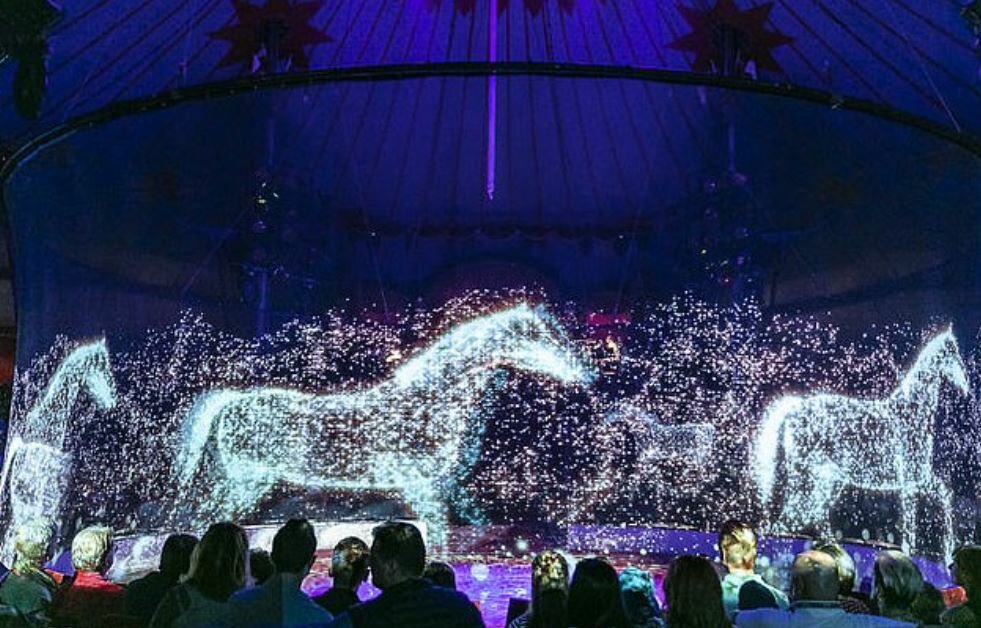 The effort has paid off though, in the past year alone, over 600,000 people have come to the circus to see the hologram show.

With tickets costing anywhere between 29 to 70 euros, there is a good chance that Paul is already seeing a return on his massive investment.

The holographic experience was made possible by the Roncalli’s agency TAG/TRAUM, in a partnership with Bluebox and Optoma. Together, the team installed 11 ZU850 laser projectors, which created the realistic holograms used in the circus.

Birger Wunderlich at Bluebox told Bored Panda that he has been working with these projectors for about 6 years.

“We have been using Optoma projectors for 6 years and have consistently had a very positive experience in price, performance, and reliability. We needed a high contrast projector with great colors for the 3D effect and the ZU850’s 2,000,000:1 contrast is perfect for this project,” Wunderlich says. 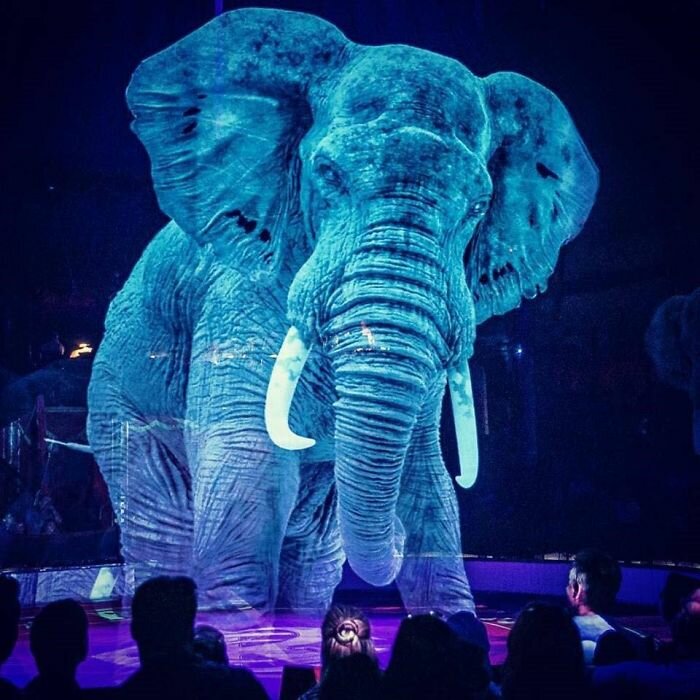 Markus Strobl, media director of the circus, told the German publication RP Online that animals were not the primary focus of the circus anyway, and that the artists and clowns have always been the main attraction.

“Most of the numbers in the show would already be done by the artists and clowns today anyway. The focus of the Circus Roncalli is on poetic and acrobatic numbers,” Strobl explained.

Janine Kunze, an actress from Germany who watched the show said that she was just as impressed as she would have been at a normal circus.

“I thought the hologram at the beginning was really great. You actually remember the circus, especially Roncalli, with horses and dogs, they always used to be part of it, and I think they really included it well. Also, in the beginning when they told the story in a new kind of way,” Kunze said.

For years, the UK government has been trying to deal with this issue in different ways. In 2013, a licensing requirement was introduced for wild circus animals in England, however, that didn’t do much to solve the problem.

Environment Secretary Michael Gove, one of the main proponents of the bill to ban the use of live animals entirely, says that traveling circuses should be obsolete.

“Travelling circuses are no place for wild animals in the 21st century and I am pleased that this legislation will put an end to this practice for good,” Gove says. 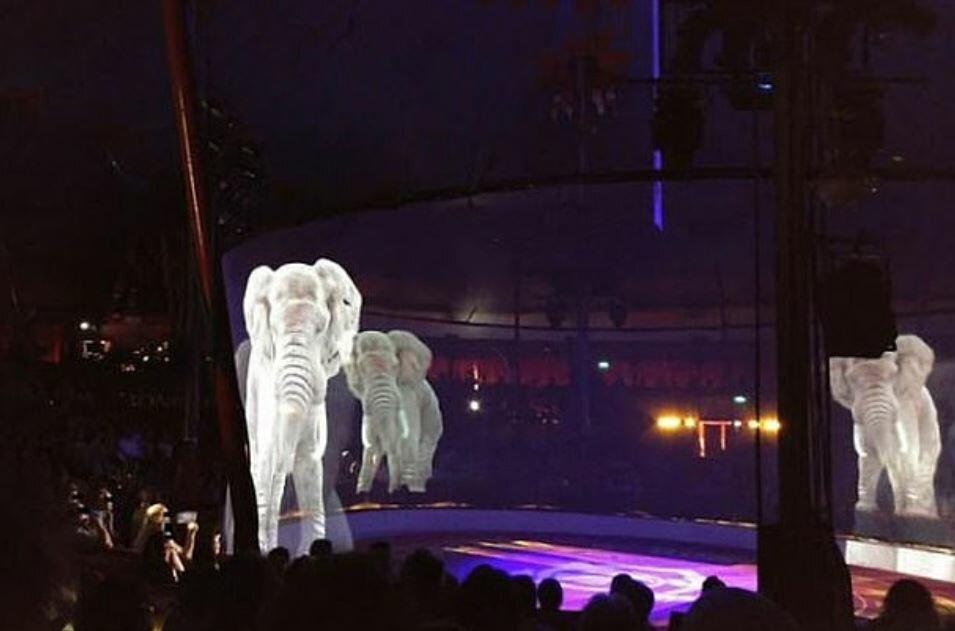 Similar measures to ban the use of wild animals in circuses have also been proposed in the United States.

Reps Ryan Costello and Raul Grijalva recently reintroduced H.R. 1759, the Traveling Exotic Animal and Public Safety Protection Act (TEAPSPA) which will see an end to the use of wild and exotic animals in traveling shows in the US.

“Traveling circuses have raised concerns about the treatment and well-being of wild and exotic animals, such as their ability to move and socialize. The Traveling Exotic Animal & Public Safety Protection Act will protect these animals from activities that are detrimental to their health. The residents of Pennsylvania’s Sixth Congressional District are strong supporters of animal welfare and I’m proud to introduce this bill with Rep. Grijalva,” Rep Costello said in a statement.

The Instagram page below has some of the most stunning pictures and videos from a recent show at the German hologram circus.

Great initiative…Bravo @circustheaterroncalli! _ A German circus replaces captive animals with holograms The use of animals in circuses, a sad spectacle for young and old alike, is well on the way to becoming history. The German circus Roncalli has invested a whopping 500,000 euros to adapt his show to the holographic technique and, thus, never make use of amimals. The result is to offer an experience with fauna, but without harming any living being. The use of animals in circus shows has become a controversial issue because of their wellbeing, health and safety. However, before most European countries began to legislate in favor of animal welfare, a German circus had already found a way for animals to continue being part of their circus shows while respecting their freedom. The circus German 'Circus Roncalli' offers an unforgettable experience with holograms of animals that not only give a sense of reality, but perpetuate circus magic. Via @culturainquieta _ #circus #hologram #holographic #holograms #3D #AR #captiveanimals #captive #animals #animalrights #tech #innovation #ideas #inspiration #circusroncalli #circustheaterroncalli #experience #animalwelfare #storytelling #culturainquieta

Advertisement. Scroll to continue reading.
In this article:Holograms