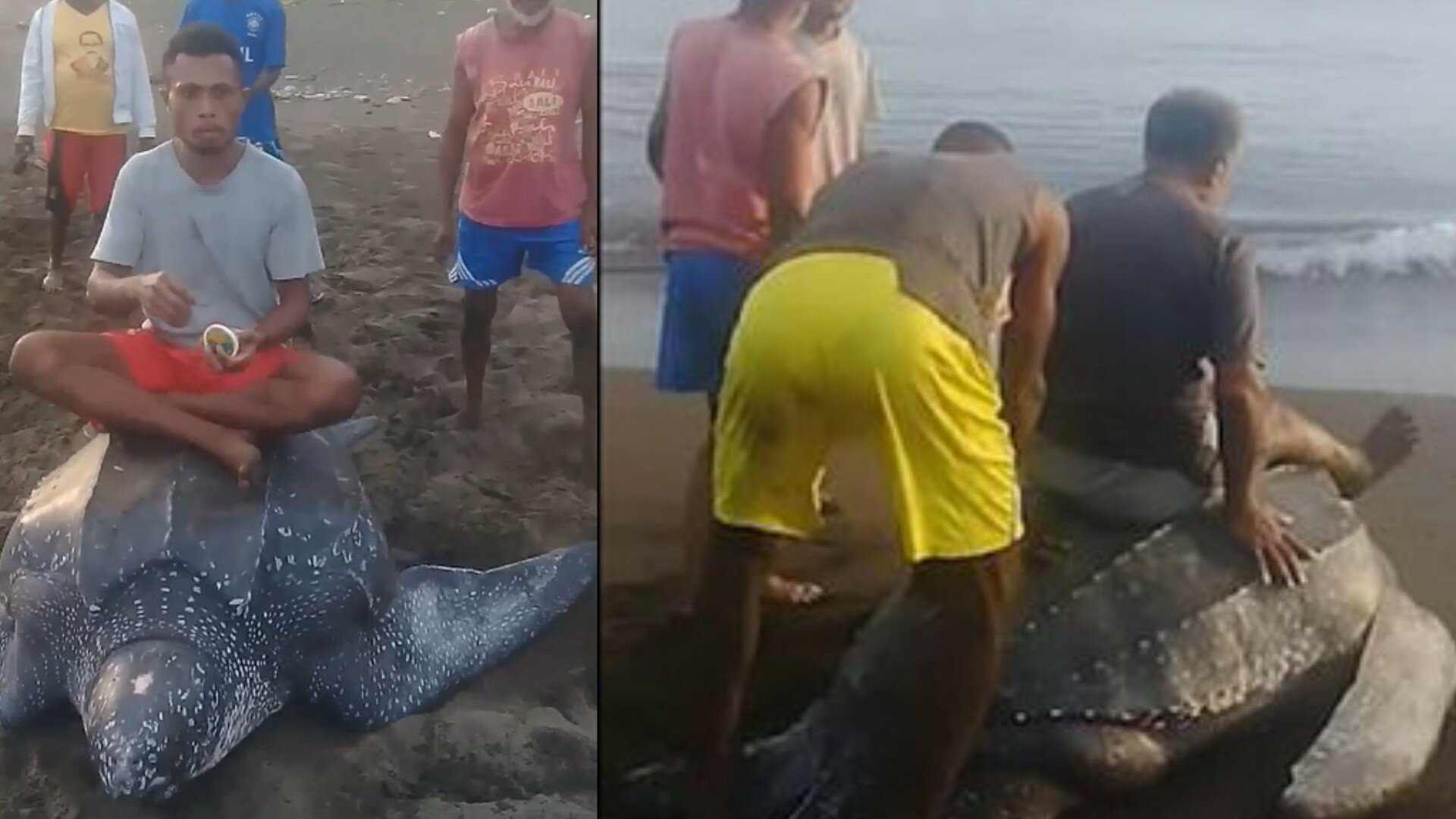 A sad video that was filmed in Indonesia, shows a crowd of people riding on the back of a sea turtle

The events in the video reportedly occurred on July 5th, while the turtle crawled onto the beach to lay an egg.

In the footage, an older man starts the trend by sitting on the sea turtle’s back. Other people in the video seem to be encouraging the man, then more of them decided to pile on.

The people in the video were not just being careless, they also seemed aggressive. 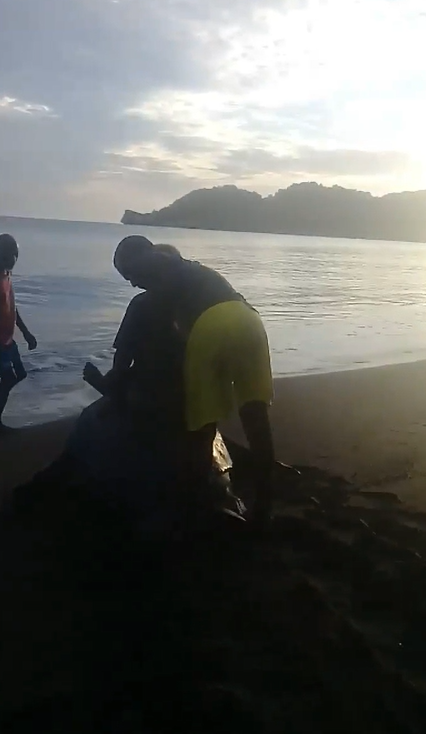 One man can be seen in the video throwing sand at the turtle, pushing it around, and aggressively playing with its flippers. The man then stands on the turtle’s flippers as it desperately tries to make its way to the water.

Local residents who viewed the video, say that it appears to have been filmed at Asukweri beach.

The specimen seen in the video is known as a leatherback sea turtle, but is sometimes called a lute turtle or leathery turtle. This species is the largest of the sea turtle family and can sometimes weigh more than a half tonne when they are fully grown.

According to the World Wildlife Foundation, the leatherback sea turtle is a ‘vulnerable’ animal, and the population has been significantly dropping in recent years.

Aside from messy humans, Leatherback turtles don’t have many natural predators. Humans do not often hunt these sea turtles, but the mess of plastic and fishing nets that have been left in the ocean pose a very serious risk for these animals.

Advertisement. Scroll to continue reading.
In this article:featured