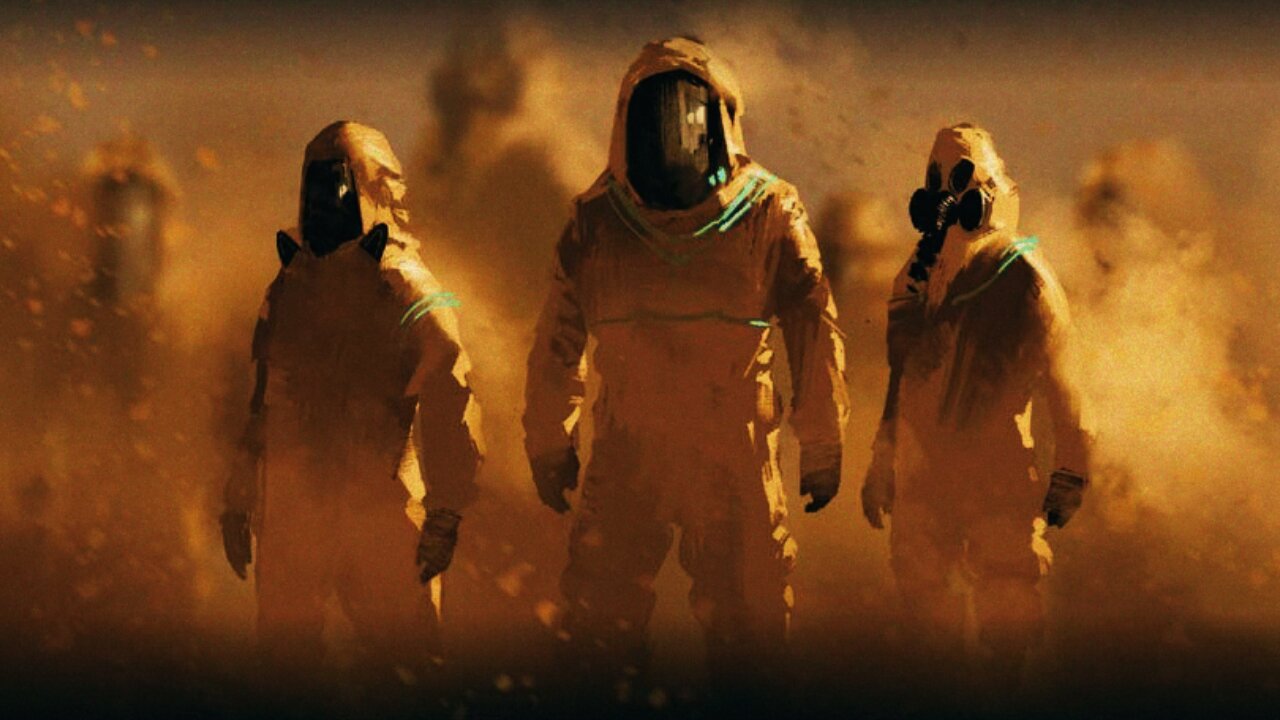 A report in the New York Times this week is ringing the alarm about a fungus called Candida auris, which is most dangerous to people with weakened immune systems. The Times reported that this disease is spreading across the planet.

“Over the last five years, it has hit a neonatal unit in Venezuela, swept through a hospital in Spain, forced a prestigious British medical center to shut down its intensive care unit, and taken root in India, Pakistan and South Africa,” The New York Times reported.

However, now it has reached the United States, with cases reported in New York, New Jersey, and Illinois.

The Centers for Disease Control and Prevention (CDC) are warning that this germ is one of their “urgent threats.”

Dr. Lynn Sosa, Connecticut’s deputy state epidemiologist, said that this germ is pretty much unbeatable and has identified it as a “top threat.”

“It’s pretty much unbeatable and difficult to identify,” she said. 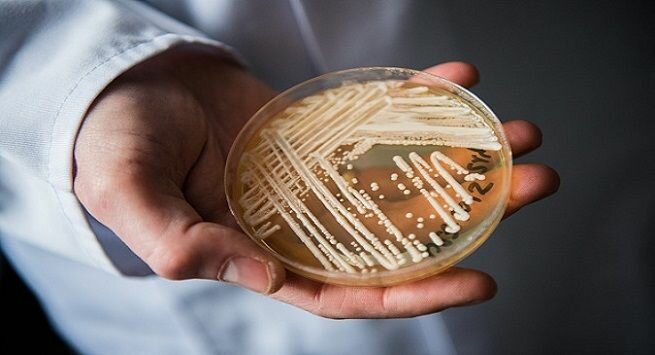 A man at Mount Sinai Hospital in Brooklyn New York died with the germ in his system last year, but his entire room was contaminated after his passing. Dr. Scott Lorin, the hospital’s president, said that everything the room had to be replaced or sanitized, including the ceiling tiles.

“Everything was positive — the walls, the bed, the doors, the curtains, the phones, the sink, the whiteboard, the poles, the pump. The mattress, the bed rails, the canister holes, the window shades, the ceiling, everything in the room was positive,” Lorin said.

Experts believe that this germ is so strong due to the overuse of antibiotics. The germs have developed immunities and resistances to the antibodies and are now stronger than ever.

The following map shows the regions where the germ has spread. 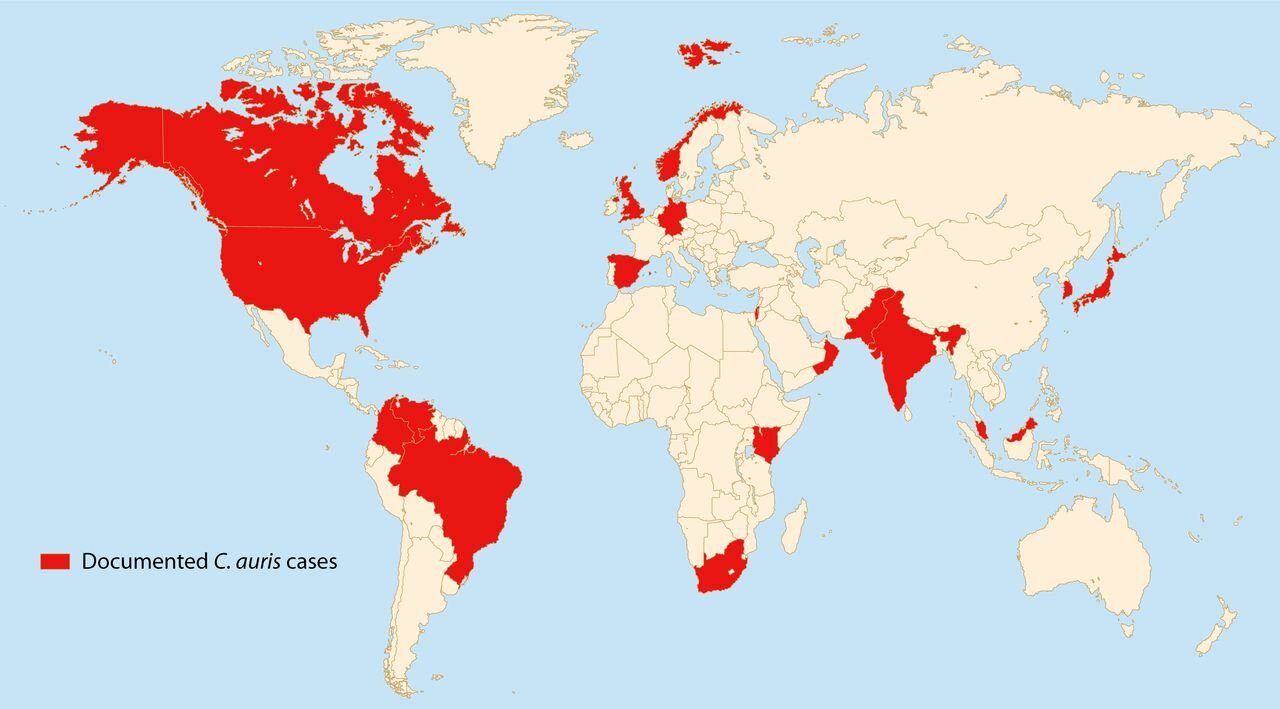 Matthew Fisher, a professor of fungal epidemiology at Imperial College London said that the same problem occurs with antifungal medicines.

“It’s an enormous problem. We depend on being able to treat those patients with antifungals,” Fisher said.

The numbers reported by the Times were staggering.

“In the United States, two million people contract resistant infections annually, and 23,000 die from them, according to the official C.D.C. estimate. That number was based on 2010 figures; more recent estimates from researchers at Washington University School of Medicine put the death toll at 162,000. Worldwide fatalities from resistant infections are estimated at 700,000,” The Times reported.

“Other prominent strains of the fungus Candida — one of the most common causes of bloodstream infections in hospitals — have not developed significant resistance to drugs, but more than 90 percent of C. auris infections are resistant to at least one drug, and 30 percent are resistant to two or more drugs, the C.D.C. said.”

Nearly half of the patients that contract this germ die within 90 days, according to the C.D.C. Scientists say that it is still a mystery where the germ came from.

Dr. Tom Chiller, head of the fungal branch at the C.D.C says that it came out of nowhere.

“It is a creature from the black lagoon. It bubbled up and now it is everywhere,” Chiller said.

Candida auris is a species of fungus first found in 2009, which grows as yeast, and is one of the few species of Candida that affects humans.

It has recently attracted increased attention because of its multiple drug resistance. Treatment is also complicated because it is easily misidentified as other Candida species. C. auris was first described after it was isolated from the ear canal of a 70-year-old Japanese woman at the Tokyo Metropolitan Geriatric Hospital in Japan in 2009. The first cases of disease-causing C. auris were reported from South Korea in 2011, spread across Asia and Europe, and first appeared in the U.S. in 2013. DNA analysis of four distinct but drug-resistant strains of Candida auris indicate an evolutionary divergence taking place at least 4,000 years ago, with a common leap among the four varieties into drug-resistance possibly linked to widespread azole-type antifungal use in agriculture.

It seems that it is very hard to stay safe from this bug if you have a weak immune system, which is why it is extremely important to stay in good health and avoid areas that may be contaminated with germs whenever possible.