Footage recorded of an arrest in West Hartford, Connecticut, has shown that police have attempted to fabricate charges…

Footage recorded of an arrest in West Hartford, Connecticut, has shown that police have attempted to fabricate charges against a man who was protesting against a DUI checkpoint that as set up near Park Road.

27-year-old Michael Picard was charged with “creating a public disturbance” and “reckless use of the highway,” after a 2016 protest against police checkpoints.

In the recording, one of the troopers can be heard saying “We gotta cover our asses.”

Picard posted up near a DUI checkpoint that was set up by the state police, and he held a sign that said. “Cops ahead. Keep calm and remain silent.” To make the situation a bit more complicated, Picard had a gun on him. Connecticut is a state where it is legal to openly carry your weapon as long as you have a legal permit for it.

Once the police found him, there was a dispute over whether or not Picard had the right to hold his sign and film the traffic stops. The troopers insisted that the man was not allowed to film them if they asked him to stop.

However, Picard contended that he was on private property so he should have the legal right to film. One of the officers responded by telling him that he was actually on “state property,” which meant that the police had control of the area, and thus a citizen’s rights on public property would not apply.

In the video recorded of the incident, the officers can be heard discussing which charges to bring against Picard.

“Let’s give him something,” one of the officers can be heard saying in the video.

Picard is against DUI checkpoints because he doesn’t think that they are effective. He says that they are a waste of police resources and taxpayer money, and it infringes upon the 4th amendment rights of people who haven’t done anything wrong.

Picard said that he and his friend were searched as soon as he was seen by police. The officers on the scene immediately confiscated his camera and his gun, but they didn’t realize that his phone was still recording.

After that, Picard was detained for roughly 40 minutes as the officers ran his information.

During the recording, one of the officers can be heard saying that Picard has not broken any laws.

Then another officer responds by saying, “I think we do simple trespass, we do reckless use of the highway and creating a public disturbance.”

After the incident, an internal review admitted wrongdoing on the part of the police officers, but still stood by their decision to intimidate the photographer.

“We support what our troopers did. We respect and understand that people have the right to be in a public place and take photographs or video tape our troopers. What makes our job more difficult is when people try and provoke law enforcement into doing something that isn’t necessary,” Andrew Matthews, president of the Connecticut State Police Union said in a statement. 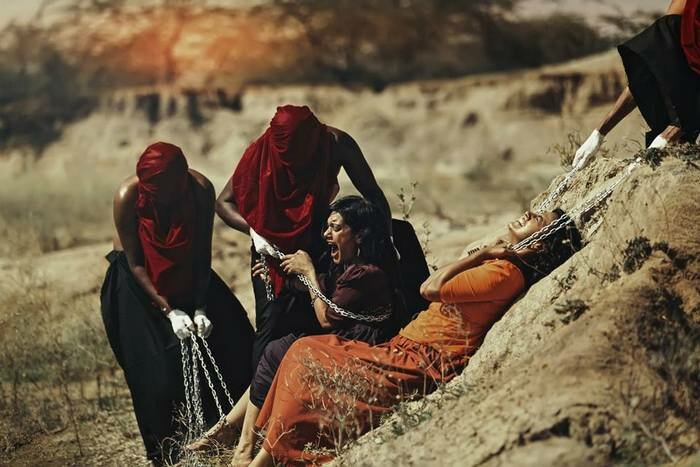 Alpana and Maitreyi come out of the closet – literally. And they declare their love to the world…
byAdam Goldberg
173 shares
173
0
0

A sad video that was filmed in Indonesia, shows a crowd of people riding on the back of…
byDavid Cohen
2K shares
2K
0
0

The 2013 horror film “The Conjuring” is actually based on a real house in Rhode Island. A couple…
byDavid Cohen
This website uses cookies to improve your experience. We'll assume you're ok with this, but you can opt-out if you wish.Accept Reject Read More
Privacy & Cookies Policy