Failed Noreweigan terrorist Philip Manshaus appeared battered and bruised in court on Monday, October 12, to face charges for his attempted attack on the Al-Noor Islamic Center in the Oslo, Norway on Saturday. Over the weekend, Mansuas killed his teenage stepsister before entering the mosque and attempting to carry out a terror attack. He is now facing charges of murder and attempted murder.

Manshaus broke through a glass door at the entrance to the mosque covered in body army and wielding at least two rifles and then began to fire.

In the chaos of the moment, 65-year-old Mohammed Rafique rushed into action and tackled Manshaus, then pinned him down as others came in to help. The young man put up quite a struggle, but was no match for the worshippers who were working to subdue him. Mansaus was left with black and blue bruises all over his face and eyes after the incident.

Muslim worshippers had gathered to celebrate the beginning of the Islamic festival of Eid al-Adha.

Oslo assistant chief of police Rune Skjold commended the courage of Rafiq and fellow worshipper Mohamed Iqbal, who were the main people to subdue the attacker until police arrived.

Two men were able to stop a shooting at a Norway mosque before anyone was killed.

2 heroes, Mohammad Rafiq and Mohamed Iqbal wrestled the gunman to the ground and held him until police arrived: https://t.co/O6RmZMML4C pic.twitter.com/bHBetsku0a

Rafiq who is actually a former officer in the Pakistani Air Force, was injured by the attacker in the scuffle.

The 21-year-old attacker appeared to be smiling through his broken face in cour this Monday, but he chose not to speak or answer for any of his crimes. 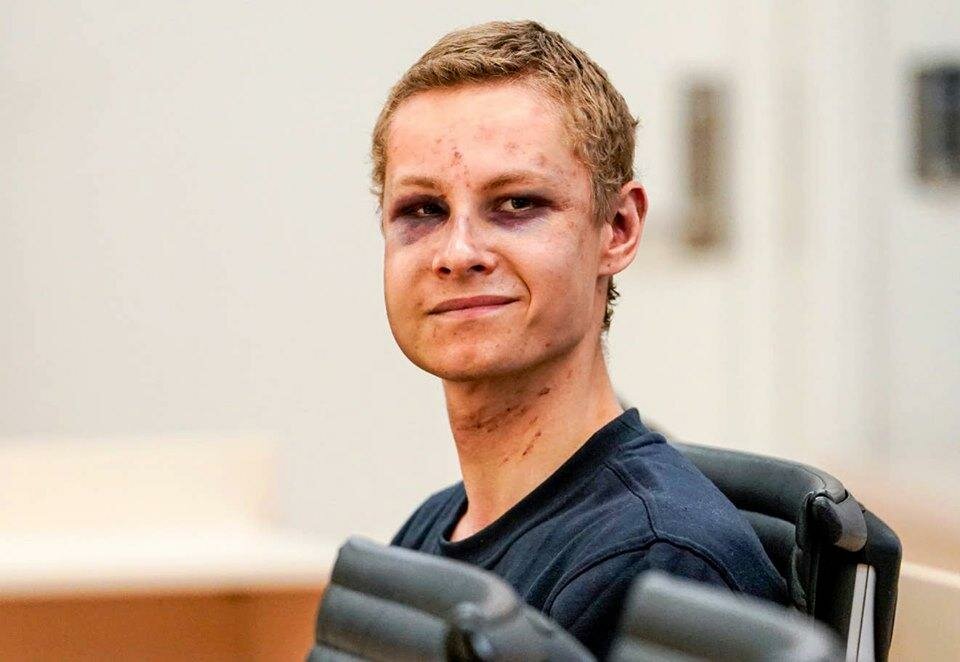 The shooter has been reported to police in the past. According to the chief of Norway’s Police Security Service, Hans Sverre Sjoevold, officials had received a “vague” tip last year about the suspect but they were not able to find any proof that there were “concrete plans” for any type of terrorist attack.

Sjoevold also added that the government receives these types of tips every day and they are usually not determined to be an imminent threat.

Luckily, the worshippers at the mosque were able to spring into action as quickly as they could, because the gunman could have taken many of lives had he been successful.

This 65-year-old hero stopped a shooter who opened fire in a Norway mosque pic.twitter.com/z1hkf8uwHd

Norway has still not fully recovered from the 2011 mass shooting that was carried out by white supremacist Anders Behring Breivik, who took the lives of 77 people at a youth camp.

Mass shootings are nothing new, but it has become increasingly common for these types of attacks to be motivated by some type of racist or anti-immigration sentiment. Many of the most recent shootings to catch headlines have been somehow connected to the cultural tensions that are at new highs throughout the United States and Europe.

We will be providing more details on this developing story as they become available.