A young 9-year-old girl who was visiting Yellowstone National Park on July 22, was sent flying into the air after she was charged by a massive bison. The incident occurred near the Old Faithful Geyser area of the park, where tourists often look at the world-famous hot springs. Bystanders who were on the scene say that the girl and her family were among a large group of people who were standing within just a few feet away from the bison for nearly 20 minutes before the animal had its outburst.

An official press release from the Yellowstone National Park said that there were nearly 50 people crowding the large animal, eventually causing it to charge the group. As soon as the beast began to charge the group, the girls family all scattered to save themselves, seemingly without concern for the defenseless young girl. Too young to understand what was going on or know what to do, the young girl became the animal’s only target.

Luckily, the injuries sustained by the girl were not life-threatening and by all accounts, it seems that she was not seriously hurt. Shortly after the attack, her family took her to Old Faithful Lodge where she was checked out by park emergency medical providers. Eventually, she was taken to the Old Faithful Clinic and later released with her family. 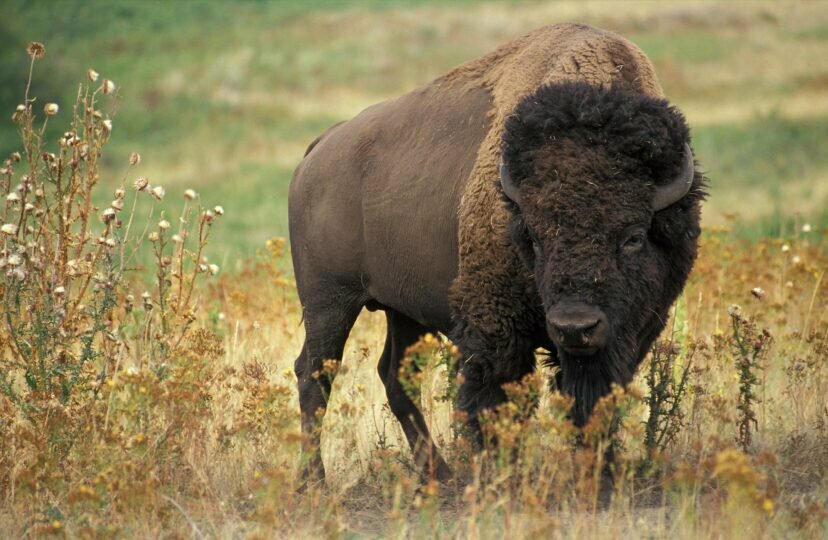 A video of the shocking encounter was filmed by Hailey Dayton who was also visiting the hot springs that day.

“My brother and I were looking at the hot springs, and we saw a bunch of people running down the path to the bridge. We saw through the trees some people petting the bison, super close,” Dayton said.

However, the video that Dayton posted was flooded with angry messages, so she quickly deleted the video, fearing that it would be seen by the young girl.

“Due to the abundance of cruel and inconsiderate comments that this young girl would most likely see, I am deleting the video of the Bison. This was meant to show awareness of what can happen when not properly respecting the life you are around,” a caption on her post read. 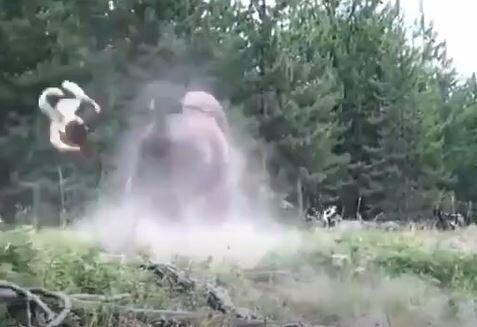 In a later statement, Yellowstone National Park said that these animals are unpredictable, and should be treated as if they are in the wild.

“When an animal is near a trail, boardwalk, parking lot, or in a developed area, give it space. Stay 25 yards (23 m) away from all large animals – bison, elk, bighorn sheep, deer, moose, and coyotes and at least 100 yards (91 m) away from bears and wolves. If need be, turn around and go the other way to avoid interacting with a wild animal in close proximity,” the statement read.

Bison are particularly temperamental also and are actually known for these types of outbursts. Experts say that the animals may seem calm and docile, but will then charge without reason. These animals are especially unpredictable and emotional during mating season, which lasts from June until September, and we are right in the middle of their mating season, so it is likely that this could have contributed to the attack. This is the time of year when these animals are at their most dangerous, so if you ever go to one of these parks in the summer, take extra caution!