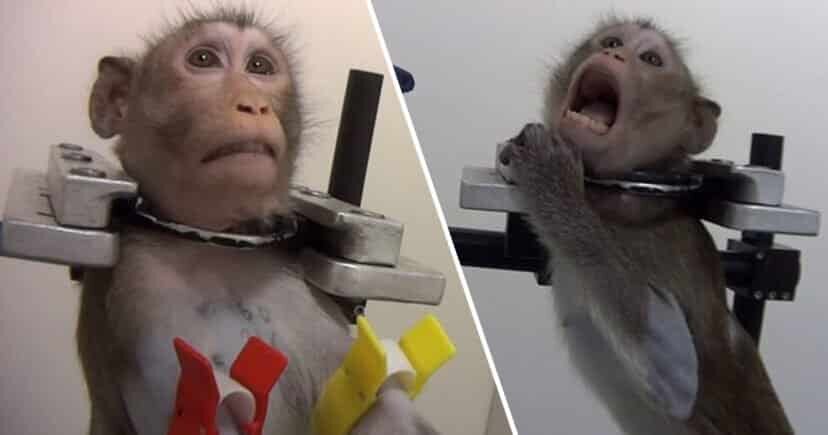 Since the days of the Animal Liberation Front, the advent of PETA (People for the Ethical Treatment of Animals) and modern day Vegan activism the general public seems to have become aware, educated and at least somewhat ethical in their manner of mass consumerism.

Many mainstream name brand corporations which manufacture and distribute items such as health and beauty products, household cleaning products and clothing have offered vegan alternatives. However, the practice of utilizing animals in laboratories has not exactly ceased in its entirety across the globe.

The clothing industry, factory farms, and big pharma have often been the focus of animal rights activists.

The latest alleged perpetrator, LPT Laboratory of Pharmacology and Toxicology in Mienenbuttel, near Hamburg, Germany, has been at the center of an undercover investigation by animal activist, Soko Tierschutz, alongside Cruelty Free International.

Just a day ago, video footage filmed at the company’s facilities went viral worldwide and evoked astounding levels of anger at the gruesome treatment of monkeys, dogs and cats. Not long after, authorities in the Harburg region conducted a spot check of the laboratory in question, during which time they were able to confirm the allegations of cruelty towards animals.

A spokesperson for Laves, the Lower Saxony State Office for Consumer Protection and Food Safety, a local regulation authority, reported to MailOnline stating that the animals’ cages were “far too small” as they were told by the activist.

Following an investigation into the allegations, Laves filed with the Public Prosecutor’s office in Luneburg alleging violations against animal protection laws.

Minister for Agriculture, Barbra Otte-Kinast, told MailOnline that if the allegations pan out to be proven true punishment and consequences would have to be swift and severe. She also stated that Laves is a revocation of the animal testing license possessed by the company.

In the footage, cats can be seen pacing in circles in tiny cages, small monkeys screaming in agonizing pain as they are aggressively abused and constrained and a beagle can be seen in a cage soaked in blood.

A revocation of the laboratory’s license would force the place to cease operating as a business immediately. Some people have expressed concern as to why the veterinary inspection office had not caught on to these goings on sooner. In response, a spokesperson said these issues were being investigated further.

In the meantime, a spokesperson has told the media that the laboratory will now have a chance to adhere to the correct procedures and will receive a fine for the violations.

The hair-raising video footage which led to the investigations and allegations was captured by an activist who responded to a job notice and was hired to work at the facility from December of 2018 to March of 2019.

The undercover employee reported witnessing the laboratory carrying out toxicology testing on monkeys, dogs, cats and rabbits for companies in Germany and around the world.

One such incident included beagles having pipes forced down their throats so that they could be given capsules, then having been left to bleed and suffer after the experiments.

Animal activists claim that German laws protecting animals from such cruel treatment are not strict enough and have reported this case to the police who are now engaging in a thorough investigation into the matter.