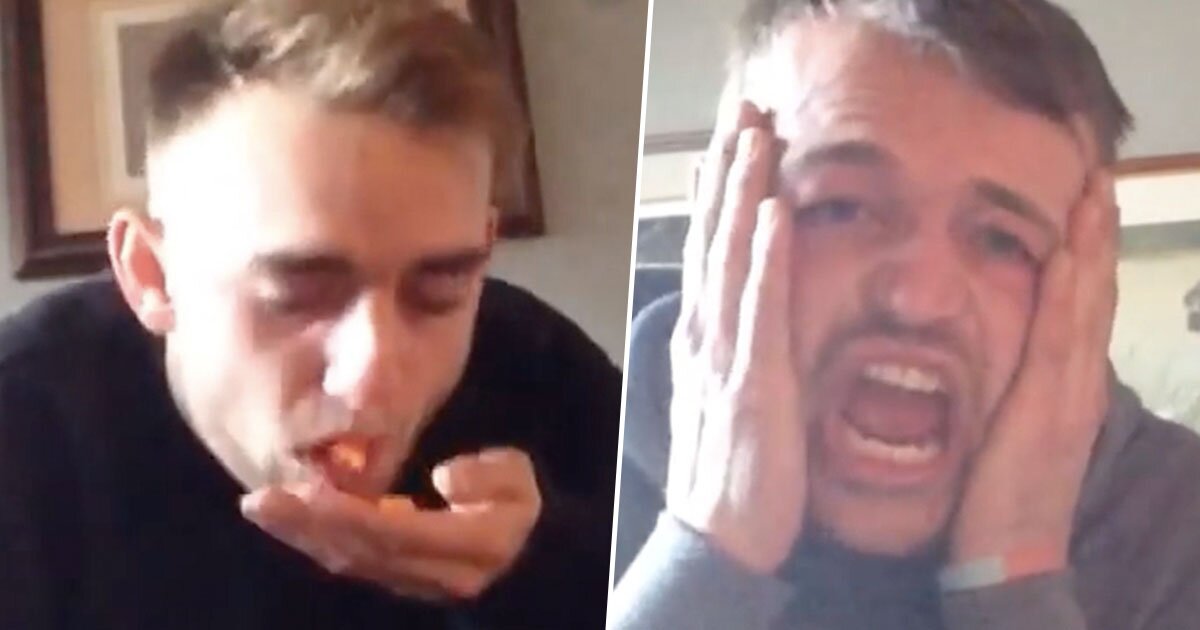 Two men decided to take one of the hottest, and therefore most capsaicin-rich peppers known to humanity, and dip it in what is known as the world’s hottest chilli sauce, to consume it on camera.

It’s equivalent to an innocuous version of a “tide pod” challenge, consuming a ridiculously hot food item knowing you’re going to be in for a world of pain, not just upon the initial consumption of the spicy foot item, but once it’s in your body.

Fortunately, an excessive dose of Capsaicin, the “spicy chemical” that can be found in so many different peppers, is relatively harmless except for the intense pain and discomfort. Which, by the way, is absolutely no joke.

This 2018 version of an age-old challenge that arises out of boredom was summarized by one article:

“Eating hot chillis never appears to go down well for the people who choose to do it. It seems to be one of those things that no matter how bad the eater’s reaction is, someone else decides they still want to experience the heat.

Well, if you’ve ever thought ‘surely it can’t be that bad?’, maybe this video will make you reconsider.”

According to a website called Pepperhead, the Carolina Reaper, the world’s hottest pepper that the sauce they used was made from, has what is known as a Scoville Heat Unit (SHU) of 2,200,000. The measurement is of course a way of measuring spiciness, or the level of capsaicin present within something.

It is also said that pepper spray or mace, a serious weapon indeed, is measured at about 5,300,000 SHU. That means the Ghost Chili is almost half the intensity of pepper spray itself. It was also explained by Pepperhead that the Carolina Reaper pepper is about 200 times more spicy than a jalapeno pepper.

To explain why they took on the task, the men basically explained they were bored. What else could you expect? One of them explained:

“Me and my mate were bored so we ventured out to find the world’s hottest chiles and take the challenge.”

It could have been even worse, because one of them tried to encourage the other to dip his ghost chili in even more carolina reaper sauce. He wisely refused to make it worse than it had to be.

So they counted to three, and downed the peppers coated in the world’s spiciest pepper sauce. After about five seconds one of them decided to spit the spicy pepper out. The other man managed to keep the pepper in and swallow it. 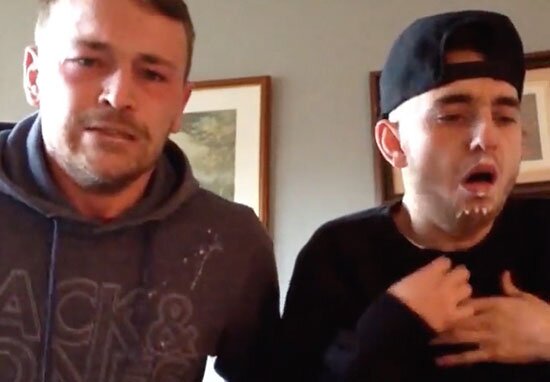 His pride must have got the best of him, because in the end he was so much worse off than the other man. The person who actually swallowed the spicy stuff, started to scream and throw up as the intense burning most likely reached his stomach.

Luckily they also knew milk is basically the antidote to burning caused by capsaicin, so they started to chug it. The monstrosity is best described by a different article, which reads they “ended up drooling a lot of it on the floor, which must have ended up swimming in a gross combination of puke, snot, chilli and milk.”

They’re really just exaggerating and being goofy in the video and one of them calls for his mom. The milk didn’t help enough, so they tried popsicles but those weren’t all that effective either.

Suffice it to say, they regretted doing this.

Capsaicin has quite an interesting effect on the human body, it causes pain for a reason many people wouldn’t be able to predict. The naturally occurring compound works by stimulating pain fibers in the body via the release of somatostatin.