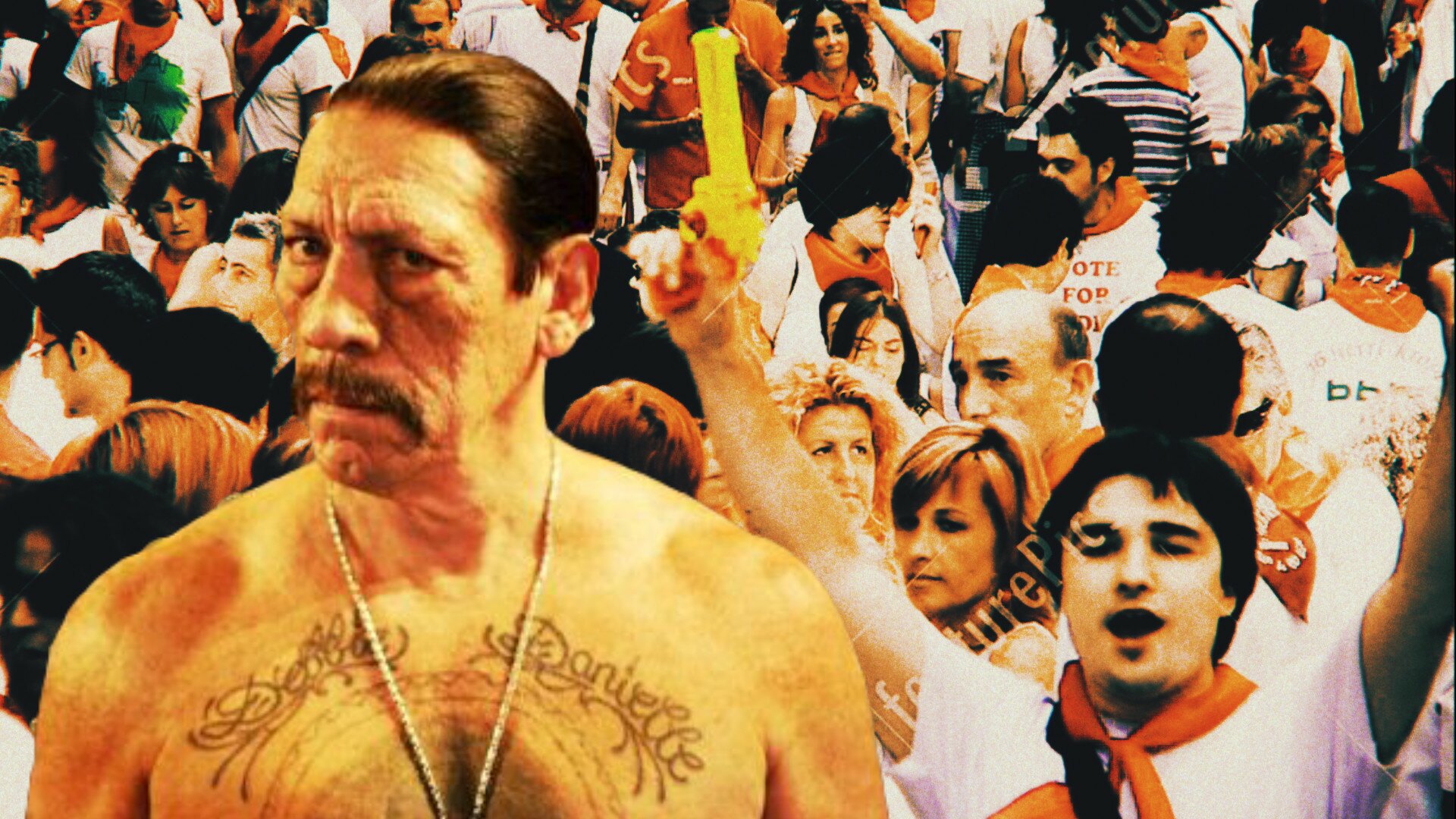 The Area 51 hype is real, and now even celebrities are getting in on the excitement. For those of you who have been living under a rock, or are lucky enough to quarantine yourself from the internet, well over a million people have now signed up for a Facebook event that promises to organize a raid on the secret military base “Area 51.”

For weeks, the millions of people who have signed up for the event page, and even some people who haven’t, have been sharing memes and having fun with the idea. Now, the idea has gone so viral that even some celebrities are getting into the mix.

Famous Hollywood actor Danny Trejo joined the fun with a meme of his own this week, sharing a screenshot of his character in “Machete Kills In Space,” where he is brandishing a glowing machete. Trejo posted the photo with the caption ‘after leaving Area 51’.

Trejo’s post is similar to others that have been going around this week, showing people escaping the facility with alien buddies or high tech weaponry. “Me after leaving Area 51” has become one of the most popular meme formats in the wake of this viral phenomenon. People are having a blast, imagining the type of secrets that could be hidden in this remote government facility.

Everyone after leaving Area 51 pic.twitter.com/PFp3cEHlVE

Me and my alien leaving right after I broke him out of Area 51 #Area51memes pic.twitter.com/nXgHbsNE8J

Me leaving Area 51 after an alien changes my truck pic.twitter.com/ClHzQ9gnfP

“How imma surprise my girl after leaving Area 51” 🤣🤣🤣 pic.twitter.com/H58Bh9vN4A

After the event picked up national media publicity, the organizer of the event got spooked and made a post saying that it was all a joke.

Just in case, the United States Air Force is warning potential curiosity seekers to stay away from the facility.

Area 51 experts are saying that it is not a very good idea either.

Annie Jacobsen, author of “Area 51: An Uncensored History of America’s Top Secret Military Base told Fox and Friends that it would be impossible for protesters to reach the site.

Meanwhile, Bob Lazar, possibly the whole reason for this renewed interest in the site, has told his supporters that the government has likely moved the alien tech to another location that has less publicity around it.