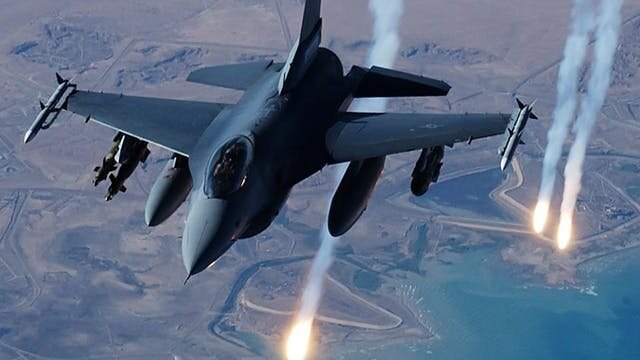 Last week, as the United States military forces pulled out of Northern Syria at the request of the Turkish government and the regime of Recep Tayyip Erdogan, Turkish forces began to invade the region.

In numerous statements, Turkish officials have insisted that the Turkish military is only invading northern Syria to help eliminate terrorists in the region, and said that the Kurdish people will be “under the protection” of the Turkish government.

Empty words of a disgraced politician looking at many years in prison on bribery, fraud and breach of trust charges.

The Syrian Kurds, including the 300,000 exiles in Turkey, are under Turkish protection. We will eliminate all terrorists in the area and help Syrians return home. https://t.co/0058likura

However, for many years the Kurdish people have been fighting for independence and do not view the Turkish government as an ally, but rather an oppressor.

United States President Donald Trump has even admitted that Turkey had been planning on attacking the Kurds for a while now, and claimed that he was talking to both sides to work out a solution.

….the area and start a new war all over again. Turkey is a member of NATO. Others say STAY OUT, let the Kurds fight their own battles (even with our financial help). I say hit Turkey very hard financially & with sanctions if they don’t play by the rules! I am watching closely.

The Kurdish people have condemned Donald Trump and the United States government for their decision to pull out of Northern Syria, but Trump says that this is just one part of a broader plan to pull all of the troops out of the Middle East entirely, although his critics remain skeptical.

With the United States out of the picture, neighboring countries are beginning to make threats and demands of one another. Israeli Prime Minister Benjamin Netanyahu has promised to “extend humanitarian assistance” to the Kurds, who he said are currently facing “ethnic cleansing” at the hands of the Turkish government.

Erdogan went on the offensive Thursday, and threatened to flood Europe with millions of Syria refugees if his government’s actions are labeled as an occupation and not supported by the international NATO alliance.

On the same day, Iran’s foreign ministry demanded that Turkey cancel its military action in Syria and entirely pull its troops out of that country. This is one of the very rare times where Iran and Israel are making threats in the same direction, instead of at one another. 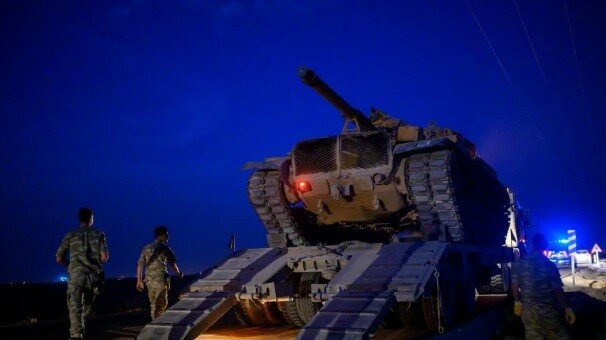 A Turkish tank near the border with Syria near Akcakale in Sanliurfa province on October 8, 2019. Photo Credit: AFP

Another ironic fact about this whole situation is that protecting the Kurds from the regime of Saddam Hussain was one of the original excuses that the US government used to begin their occupation in the Middle East many years ago. It is true that the Kurds have been traditionally oppressed in these areas, but their involvement with the United States government hasn’t really gotten them very far. The Kurds have been given many promises, and in return, they have been a vital component in the war against ISIS. In fact, many of the prisoners that were captured from the terrorist organization are currently being held in Kurdish territory.

The Kurds have been used as military pawns by western forces for many decades, but this alliance has always been mostly one-sided, with the United States government and NATO only supplying support when it was beneficial to their own goals. Of course, in this situation, the interests of the Turkish government are prioritized over humanitarian concerns, just because Turkey is a member of the NATO alliance.

We will have more details on this developing story as they become available.