Some animals have incredibly long lifespans, in fact, some even have much longer lifespans than humans do. One interesting example is Jonathan the tortoise, who is estimated at 187 years old. Researchers believe he is one of the oldest living animals on the planet.

A photograph taken over a hundred years ago shows the tortoise, which was about 70 at time.

A 2016 report from the BBC indicated that the tortoise was, “Alive and well … he’s blind from cataracts, has lost his sense of smell, and so cannot detect food (his fellow giants can detect the tiniest morsel dropped on the ground), but he has retained excellent hearing.” 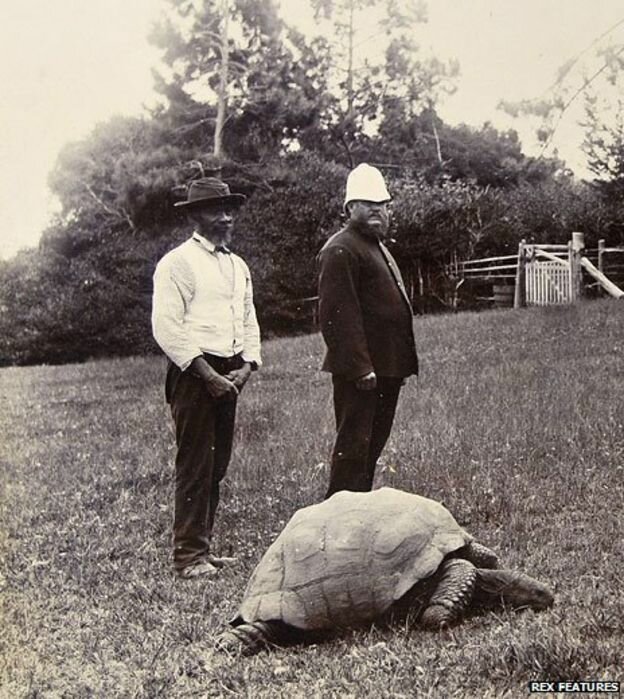 He currently lives on an island in the South Atlantic Ocean, called St Helena, on a plantation with other land tortoises.

A spokesman for the remote island’s tourist organization said the tortoise is the property of the St Helena government and lives on the governor’s land.

“Jonathan is the sole survivor of three tortoises that arrived at St Helena Island in 1882. He was already mature when he arrived and was at least 50 years old. Therefore, his minimum age is 176. He is the oldest inhabitant on St Helena and is claimed to be the oldest living tortoise in the world. He lives in the grounds of Plantation House which is the governor’s residence with five other tortoises who are much younger than him,” the spokesman told The Daily Mail. 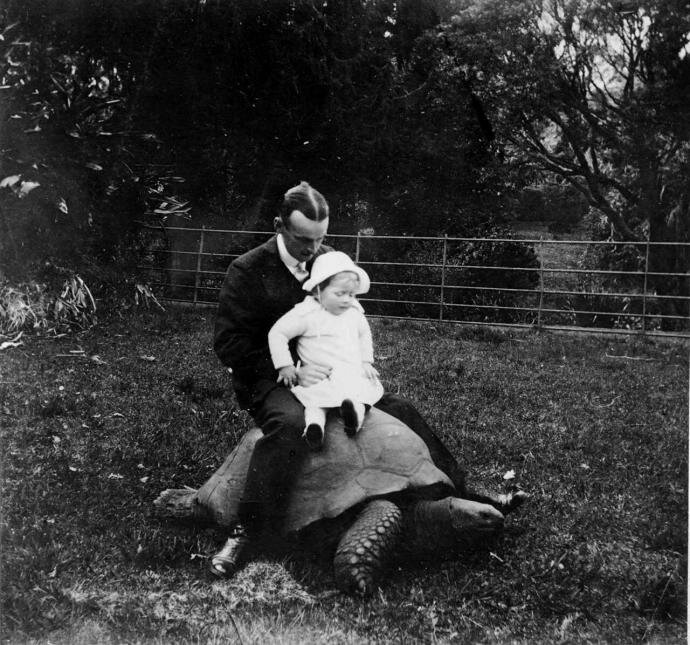 “Apparently he remained nameless for the most part of his residence in St Helena until he was named by Governor Sir Spencer Davis in the 1930s. He feeds on the grass of the main paddock. Jonathan is still very active despite his age and adores attention, he is a real poser. He seems to be sightless in one eye, but does not let that slow him down,” the spokesman added.

St Helena has a population of more than 4,200, and it is popularly known as the place where Napoleon was exiled to in 1815. He was held in exile there until his passing in 1821. The exiled ruler is also buried on the island. 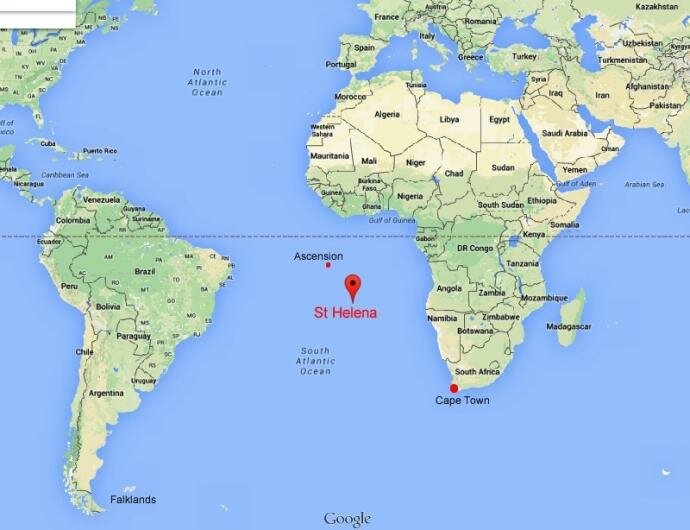 Jonathan was brought to St Helena Island from the Seychelles in 1882, along with three other tortoises at about 50 years of age. He was named in the 1930s by Governor Sir Spencer Davis.

Jonathan still has a chance to break other records if he lives long enough.

“The all-time verified record holder for the world’s oldest tortoise, according to Guinness World Records, is Tu’i Malila, who died in Tonga in 1965 at the age of 189. Adwaita, an Aldabra giant tortoise that died in 2006 in the Alipore Zoological Gardens of Kolkata, India, is believed to have lived to the age of 255 years but this has not been confirmed,” according to Wikipedia.

He is a tourist attraction worth travelling a long way to see — Jonathan the giant tortoise is perhaps the world's oldest land animal, living in pampered luxury on the remote British island of St. Helena

There are some other living creatures that live even longer than this type of tortoise, but many of them are creatures of the ocean. For example, red sea urchins been known to live for more than 200 years. Bowhead whales have an average lifespan of 200 years and are the second largest mammal after the blue whale.

Greenland sharks can reach ages of 200 years old although one individual was found that was 400 years old, which made it the oldest vertebrate in the world. Some species of ocean qua hog are estimated to be more than 400 years old. These oceans qua hogs are incredibly resilient, with the highest reported age, for ‘Ming’ the clam, of 507 years. Ming got its name because if the estimated date was true, this clam dated all the way back to the Ming dynasty in China.

Even more impressive is the immortal jellyfish, which is technically biologically invincible, meaning it cannot be hurt by old age or disease, however, the oceans are a dangerous place and it is very common for jellyfish to get eaten, hurt or injured while exploring the depths. There has been no official dating on these creatures because they are harder to track in the oceans.

Internet Discovers That A Phallic-Looking “Penis Flytrap” Exists In Remote Forests
What If We Detonated All Nuclear Bombs at Once?