Man Filmed Firing A Rocket From Between His Butt Cheeks

On Bonfire Night in the Scotland this year, a wild man was filmed firing off a firework that…

On Bonfire Night in the Scotland this year, a wild man was filmed firing off a firework that was stuck between his bum cheeks. At the beginning of the video, a young child can be heard being ushered inside, away from the dangerous stunt that is about to take place. Once the firework was lit by one of the daredevil’s friends, the sparks from the explosive shot up the man’s back, causing his shirt to catch fire.

“Oh my God, it’s burning up your back. Your t-shirt’s wrecked...” one of the friends shouted as the sparks began to ignite the man’s shirt.

The man quickly panicked, but there was nothing that anyone could do because it was too late, the firework had already been ignited. The heat from the flame becomes too hot for the daredevil, and he makes an attempt to run away and get the explosive out of his pants. He threw the rocket to the ground just in time and runs as far as he can before the device explodes. 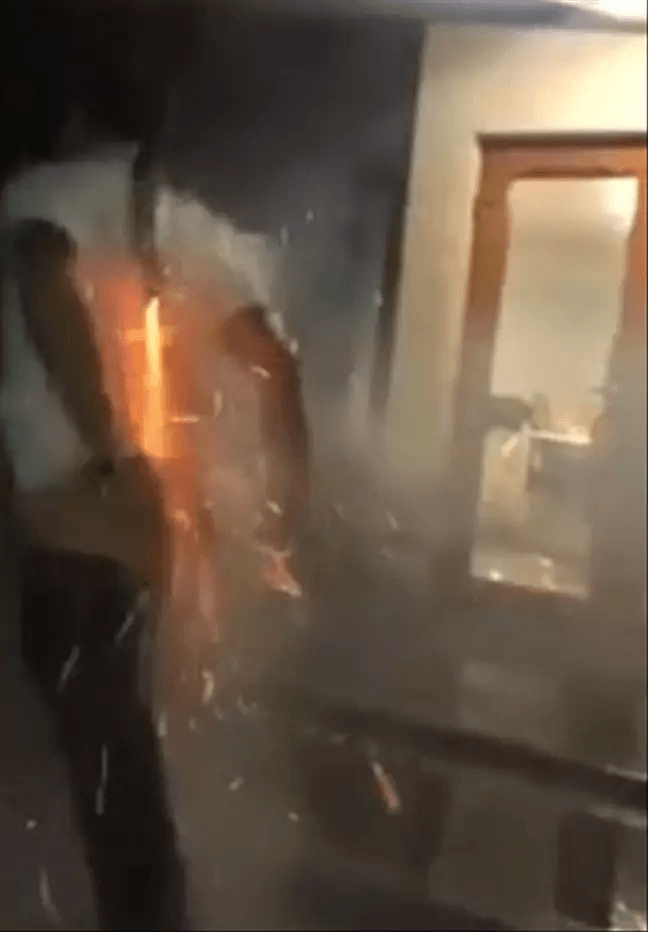 Luckily, the man was able to escape the incident without any major injuries. The man’s identity is not known, and it is not clear what took place after the footage stopped.

A spokesperson for the Royal Society for the Prevention of Accidents issued a statement warning against these types of stunts. The representative said that around 1,000 people visit local emergency rooms for treatment of a firework-related injury in the four weeks around Bonfire Night.

Local politicians are calling for new legal measures to prevent these types of stunts from taking place. A government committee member told The Sun that ‘irresponsible’ use of fireworks should be treated in a similar manner as drunk driving, carrying the same types of social stigmas and legal punishments.

Whoever it was who appeared in the video should be happy that no one has learned his identity, because thousands of people on the internet had some very unfriendly words for him. People called his actions idiotic and immature, while others were hoping that it was not his child that was heard early in the video. After such public ridicule, there is no doubt that he hopes that he will remain anonymous.

Fireworks have become extremely controversial in the Scottland and the UK, with over 250,000 people having now signed a petition that demands a full ban on fireworks throughout the region. The petition gives a variety of different reasons for the suggested policy, including distress caused to pets and local wildlife, as well as fires and injuries that result from irresponsible use.

The petition also notes that there are enough regulated and sanctioned fireworks displays during holidays that the average citizen should not have any need to light off an explosive on their own. According to statistics listed in the petition, 4,436 people were injured by fireworks in the UK last year, which is more than double the number that was seen ten years ago, roughly 2,141.

The petition was set up by Elizabeth Jayne Harden.

A sad video that was filmed in Indonesia, shows a crowd of people riding on the back of…
byDavid Cohen
2K shares
2K
0
0

Indian Army Says They Have Found The Footprints of A “Yeti”

On Monday, the Indian Army claimed on Twitter that they discovered the footprints of a “Yeti” during a…
byDavid Cohen
96 shares
96
0
0

At least two people l0st their lives and dozens of others have been h urt after a ride…
byDavid Cohen
This website uses cookies to improve your experience. We'll assume you're ok with this, but you can opt-out if you wish.Accept Reject Read More
Privacy & Cookies Policy