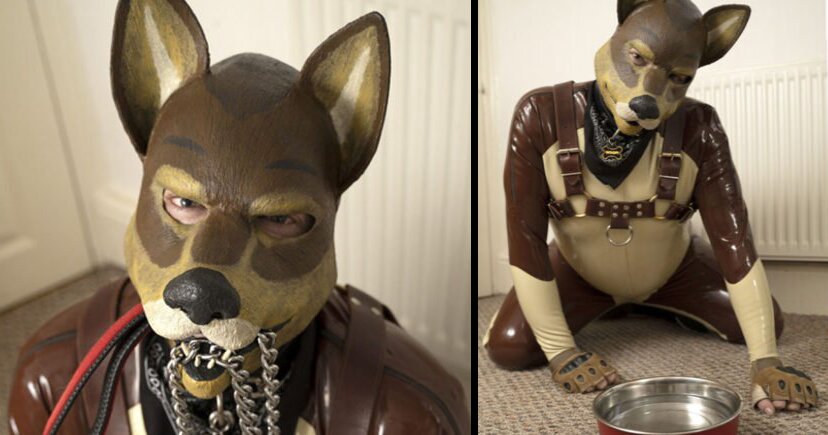 Kaz James, a 37-year-old store manager from Greater Manchester has decided to live his life pretending to be a dog. James says that he has never felt like a human, and has found it hard to relate with people his whole life, so he has found a solution in living as a “human pup.” 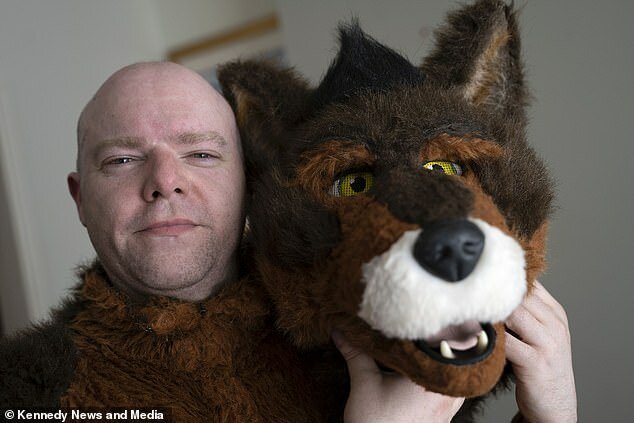 “I didn’t ever feel like a human, I always felt like a dog that was really out of place. I never really had a name for it, being a pup wasn’t a thing I knew about. When I met other people like me I felt I could be myself. I was known by my friends for hello to them by grabbing hold of the collar of their shirt in my teeth and biting or licking them, very canine-type behaviors. It was always how I was. The first time I heard the term of being a pup was through a pup I met online. I then met other pups and learned a whole new language of this other world. It was a liberating moment knowing there were other people like me, having felt properly weird for the longest time,‘ James explained. 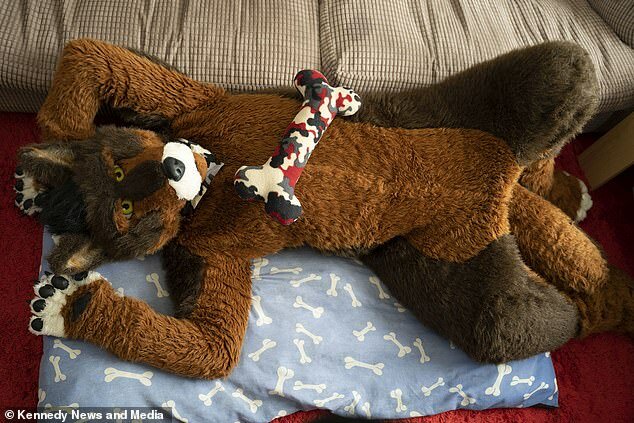 James says that he first learned about other human pups through online message boards.

“I realized that my behaviors were quite dog-like in childhood, probably from the age of six. No-one ever talked about it, it was never mentioned. My parents took early retirement and we moved to a farm in Norfolk. It wasn’t until the internet arrived in our house that I started chatting to people online – mostly through groups and message boards. I was living with my parents and I would sneak downstairs at three in the morning to get on the internet to look for this stuff. I would hold a pillow over the 56k modem so you couldn’t hear the modem noise. I was worried that If I ever spoke to anyone about it, they would be like “you’re a nut job.” he added. 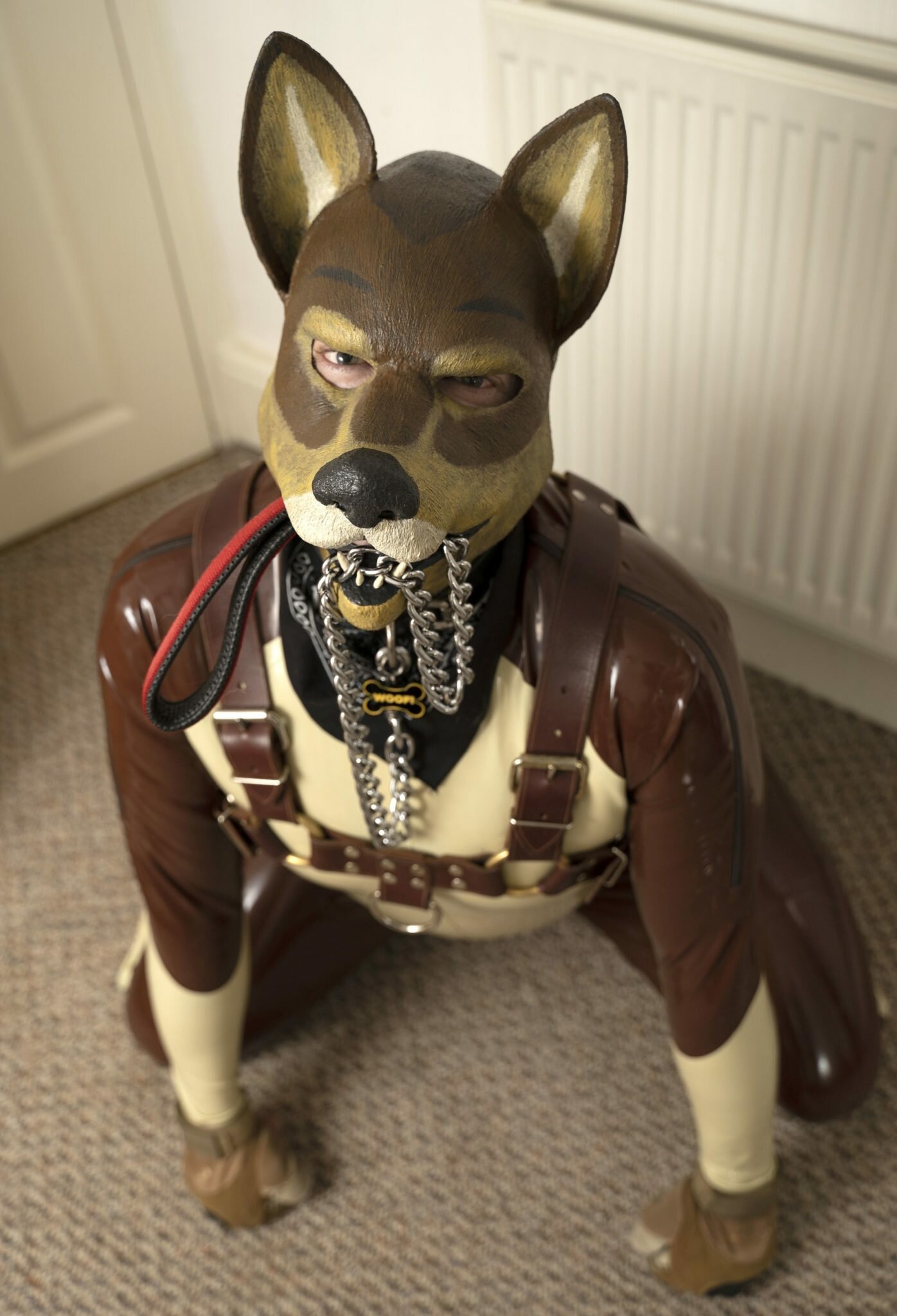 Whenever James isn’t at work, he is dressed up in dog costumes, and he even eats his meals out of a dog bowl. Some of the fur suits that he wears can cost as much as £2,000.

“My whole lifestyle is about being a pup. I go about and live my day-to-day life relatively normally. That includes things like putting collars on and at barking at people I know in the street. If I see pups out in the village, I will bark at them. I get funny reactions from passers-by all the time,” James said. 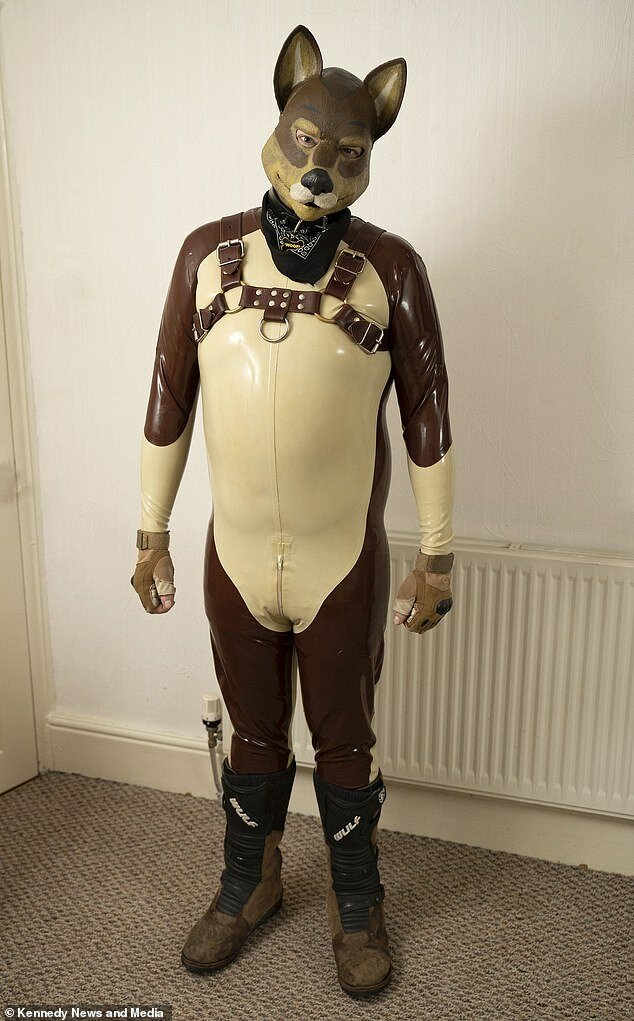 James has also written a book called, “How to train a human pup,” in which he advocates for the human-dog lifestyle.

“It’s very much a form of self-expression, what I choose to wear depends on what I’m doing. If I’m going to work, I’m picking things that are fairly mild like a t-shirt that says “pup” on the front. It’s an extension of myself and dressing how I feel. It makes me feel really great when people say I look really good, and it’s great that people get a kick out of it, but it’s not specifically done for other people,” he added.

His lifestyle combines elements of both human and animal, like eating out of a dog bowl with a knife and fork. He says that it makes him feel uncomfortable to eat like a human. 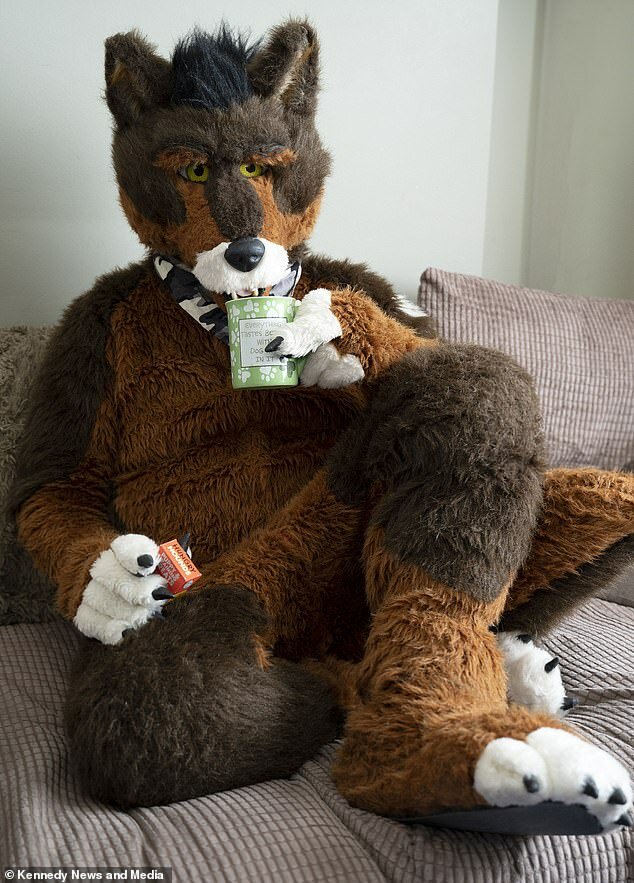 “I feel a sense of peace being a human pup. Little things make me happy like eating my dinner out of a bowl using a knife and fork. I don’t eat at people’s tables when I go to friends’ houses. I can be a normal person in a restaurant. I’m trained and can deal with humans, but I don’t like it, it makes me feel uncomfortable. I don’t eat dog food, I eat regular food like a normal person. But I do eat Bonios, they’re quite nice,” James said.

James also said that on occasion he does eat some dog treats, but only the ones that are suitable for human consumption. 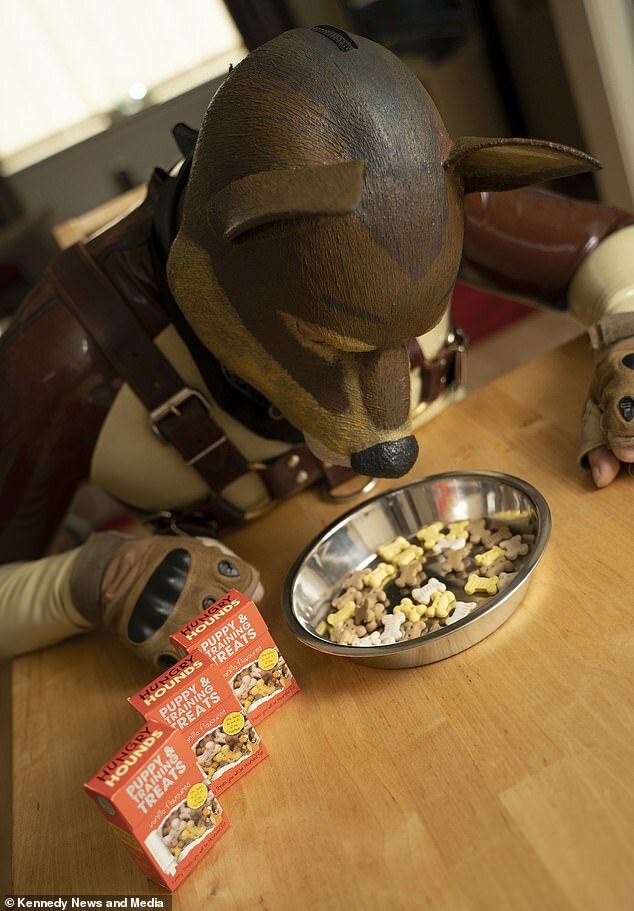 “There are loads of dog treats you can get that are human friendly, which are actually quite good for you. I get ones that are a cereal and sugar glucose mix, a really basic dog biscuit, which taste like a vanilla-flavoured digestive biscuit,” James explained.

“It does get hot in there, it’s like walking around wearing a carpet. It’s great for winter, if you’re going to wear it in summer – invest in air conditioning. Those who make the custom rubber suits and fur suits are artists – you’re paying for a piece of custom artwork. Having an entire fur or rubber suit of your character is a really great experience. It gives me the chance to be the best version of myself when I go out,” James said. 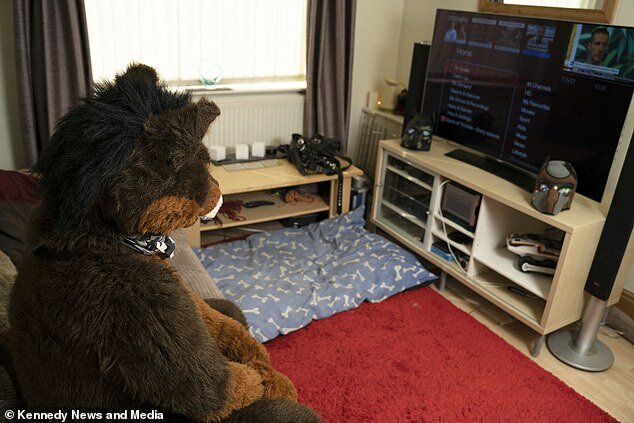