A while back in Edmonton, North London, a Macaw parrot found itself trapped on the roof of a building for three days.

When officers from the London Fire Brigade finally showed up to rescue the Macaw parrot, named Jessie, the bird told them to “f**k off”

Chris Swallow, fire brigade watch manager, told the Telegraph that Jessie was believed to be injured, so volunteers were sent up to try and coax the bird down from the roof.

Jessie’s owners told the rescue crews to say “I love you,” to calm her down and hopefully get her to follow, but instead she just repeatedly told members of the fire crew to f**k off. 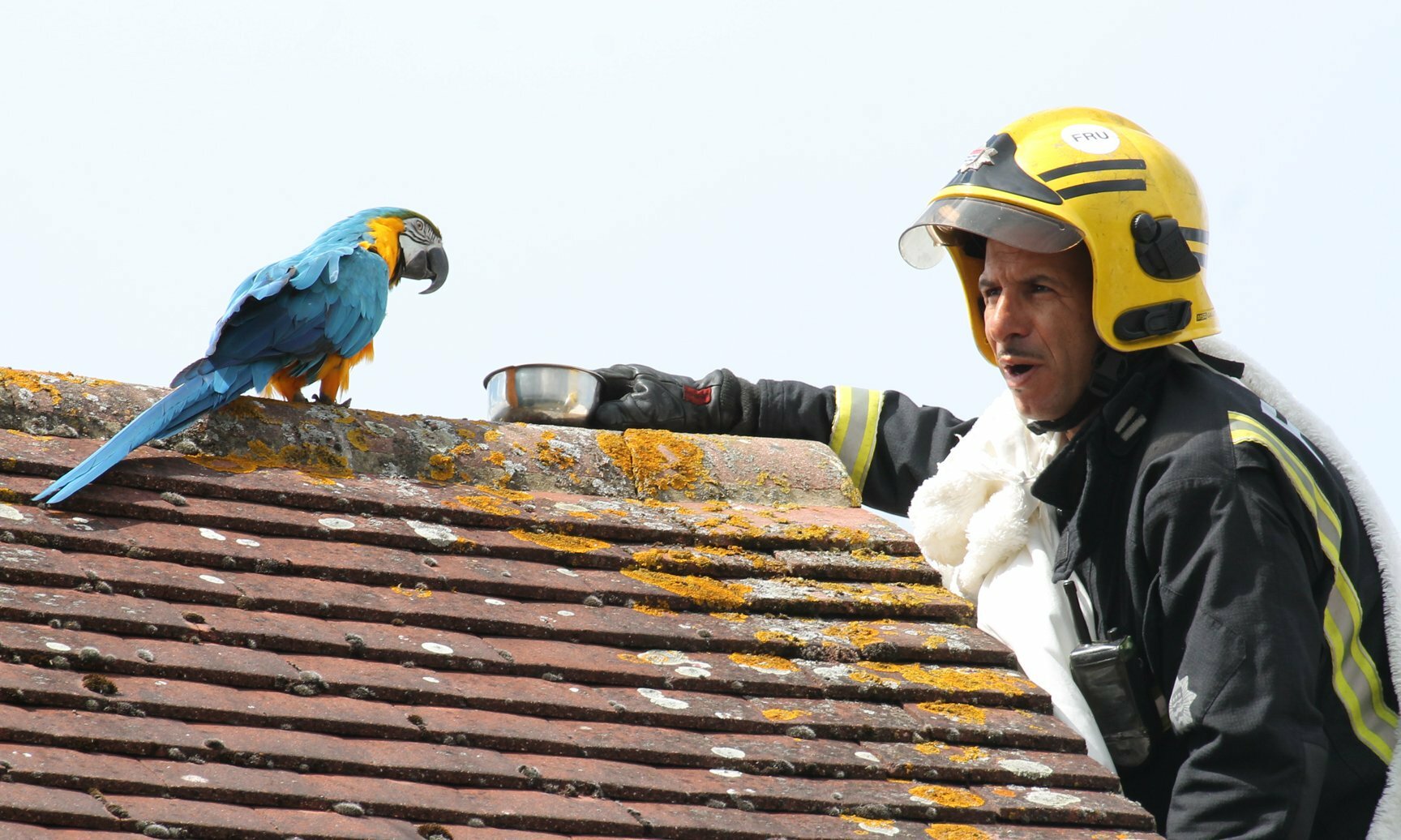 The rescue workers tried everything they could, including using the word “come” in both Turkish and Greek, which are two of the languages that the owner taught her.

After a lengthy standoff, the defiant bird decided to come down from the roof on her own, proving that she was not injured.

According to the Telegraph, Jessie flew to another roof and then to a tree before she eventually ended up back with her owner.

Jessie the parrot in now home safe & sound with her owner and she had this to say to the firefighters who came to help her in #Edmonton https://t.co/Th2nlVCq7I pic.twitter.com/3ABkzH2nHY

For the longest time, it was not widely believed that parrots actually understood what they were saying. Scientists theorized that they were simply mimicking and replicating terms that they heard repeatedly from their owners.

However, according to a study conducted by researchers at the University of Georgia, these birds actually do understand the meanings behind a majority of the words that they say.

Among numerous other findings, the researchers showed that parrots actually alter their speech depending on the people in the room.

It can safely be assumed that something very similar was taking place when Jessie was in a distressed situation, on a high rooftop while surrounded by a bunch of strangers.