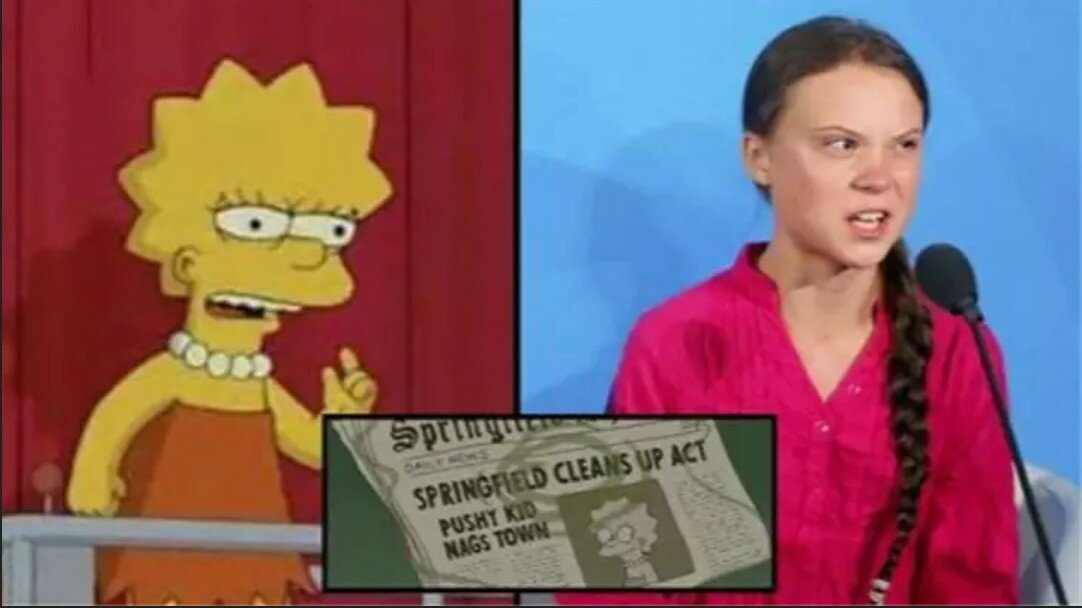 With over 600 episodes, “The Simpsons” holds many records for the longest-running television show, and in all of those episodes, they have played around with a ton of different ideas and concepts. The series has covered nearly everything that can be thought of, and this very fact was even the topic of a South Park episode, in which the characters attempted to come up with story ideas only to be told that the Simpsons already did it.

Oddly enough, the Simpsons have actually been able to predict the future to some extent, on numerous occasions, and now it seems to have happened again.

On the internet this week, the most viral topic seemed to the climate change campaign of the teen activist Greta Thunberg. Controversy aside, many people seem to believe that Thunberg is the human embodiment of the Lisa Simpson character, from a specific episode of the series where she goes on an environmental campaign of her own. This kind of thing seems to happen all the time with the Simpsons, although it is important to point out that sometimes photoshopped images of the show circulate during news events. For example, earlier this month, leading up to the Area 51 raid, an image began circulating on social media which showed a gang of cloned Homer Simpsons naruto running through the gates of the secret military base, but this was obviously a fake.

However, the predictions of the Trump presidency were no hoax.

In one episode, which was titled ‘Bart to the Future,’ Lisa Simpson ends up replacing Donald Trump as President of the United States. The show aired in March of 2000, and Simpsons’ creator Matt Groening said that when his team made the prediction, it was intended to be the most absurd possibility for president, and it ended up being true. In the case of Greta Thunberg, it was only a matter of time before a teenager took the global stage to speak about the types of issues that Lisa Simpson advocated for in the show.

If this was any kind of prediction, it was not a prediction of Greta herself, but merely an observation of the direction that society was headed, and the things that were starting to take place in the media.

You can watch the clip below and decide for yourself!

In the short year that Greta has been involved in her activism, she has quickly been thrust into the heights of fame. This month, the teenager gave a speech at the United Nations, and was involved in an unprecedented climate lawsuit involving the UN. There is also discussion of nominating the child for the Nobel Peace Prize for her activism. However, not everyone is a Greta fan. In fact, she has many critics who believe that she is being used as a pawn to promote a specific political agenda.

What do you think? Is Greta a leader who is here to save the world, or is she just a child that is being used to promote a political agenda? Tell us in the comments!