The incredibly preserved severed head of an ancient wolf was recently unveiled during a scientific exhibition in Japan that featured numerous frozen ice age creatures.

The wolf head is estimated to be roughly 40,000 years old and has been preserved in near perfect condition in the permafrost since prehistoric times.

Much of the wolf is still intact, including massive fangs and thick fur. Researchers estimate that it was somewhere between two and four years of age when it died. 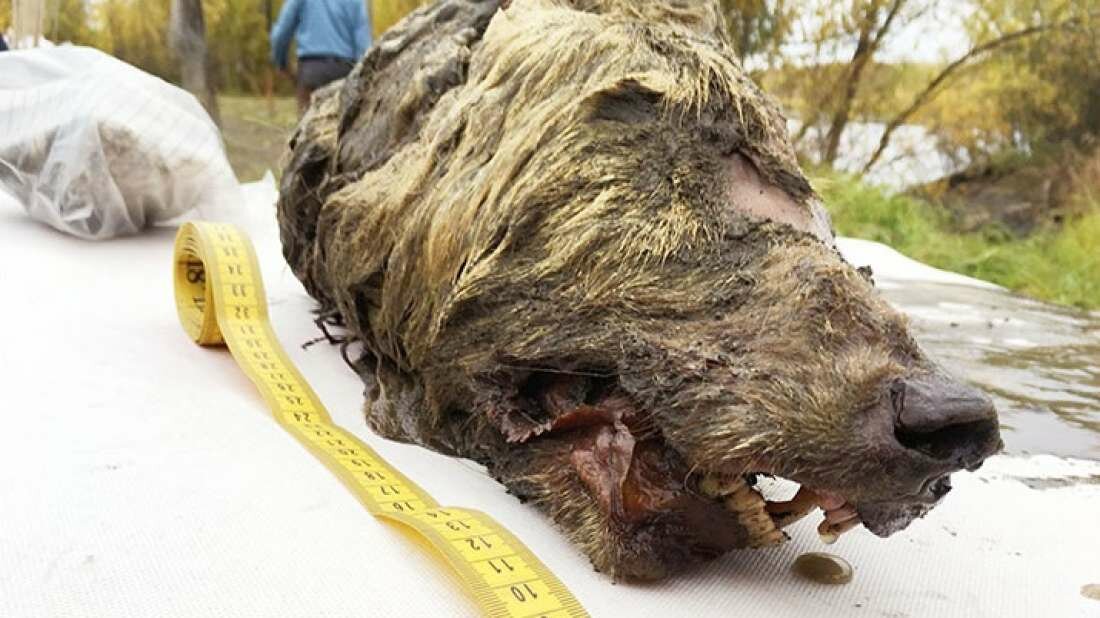 Scientists believe that the creature was a wolf from the Pleistocene era. The wolf’s head measures 40cm long, which is much bigger than the wolves today.

The beast’s head alone is nearly as large as a modern wolf’s entire body.

The head was found last summer in the Abyisky district of Yakutia, on the shore of the Tirekhtyakh River, which is a tributary of Indigirka. The discovery was made by a local man named Pavel Efimov, who then notified local authorities. The local authorities then contacted the necessary researchers, who took over in the investigation.

One thing that remains a mystery is why the animal’s head was severed. Scientists don’t believe that this was the work of the hunter, as they don’t have evidence that humans were living in the area at the time.

Still snarling after 40,000 years, a giant Pleistocene wolf discovered in Yakutia.
Sensational find of head of the beast with its brain intact, preserved since prehistoric times in permafrost.https://t.co/w4FoRB16Ur pic.twitter.com/8QbthEfay1

Albert Protopopov, from the Republic of Sakha Academy of Sciences, said that this discovery is a world first.

“This is a unique discovery of the first ever remains of a fully grown Pleistocene wolf with its tissue preserved. We will be comparing it to modern-day wolves to understand how the species has evolved and to reconstruct its appearance,” Protopopov told the Siberian Times.

Naoki Suzuki, a professor of paleontology and medicine with the Jikei University School of Medicine in Tokyo, studied the preserved head with a CT scanner. 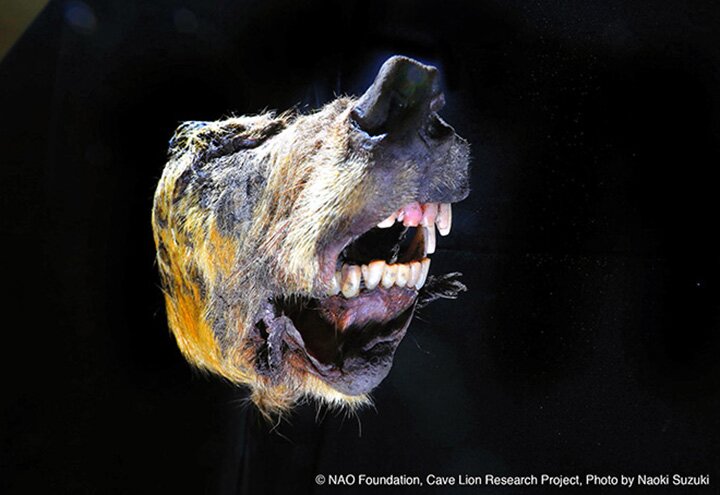 “Their muscles, organs and brains are in good condition. We want to assess their physical capabilities and ecology by comparing them with the lions and wolves of today. This is a unique discovery of the first ever remains of a fully grown Pleistocene wolf with its tissue preserved,” Suzuki says.

Scientists at the Swedish Museum of Natural History will now examine the wolf’s DNA to see if any further secrets can be revealed.

Earlier this year, scientists announced the discovery of liquid blood and urine within the frozen remains of a 42,000-year-old foal, also preserved in permafrost, CNN reported.

While it is unclear what species this wolf is, experts believe that it is probably a megafaunal wolf, of the Canis lupus family.

The Pleistocene era is also sometimes known as the Ice age. This is a time period that lasted from about 2,588,000 to 11,700 years ago. The vast majority of the animals and creatures from this time period have either gone entirely extinct or evolved into nearly unrecognizable species. 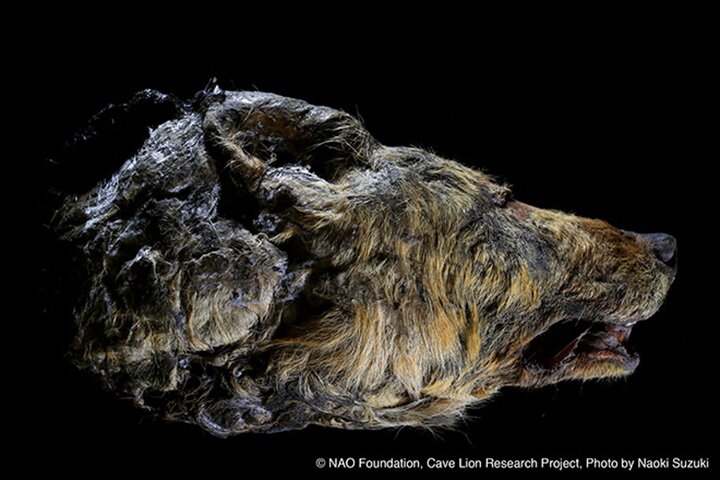 ‘This is a unique discovery of the first ever remains of a fully grown Pleistocene wolf with its tissue preserved.’ Photo Credit: Naoki Suzuki

This most recent find is so important for scientists because it gives them much more to work with than just a fossil. These are samples that will provide them with far more data than they get from the samples they typically find, including DNA which can be used to get a more in-depth look into what life was like for these creatures during the last ice age.

In the past several years, other large extinct creatures from the ice age have been discovered by scientists.

One of the most amazing discoveries was that of an adult mammoth, which was estimated to have been alive roughly 50,000 years ago.

Experts believe that there could be countless other frozen creatures from the ice age in similar areas, where humans have not been able to fully excavate due to harsh weather conditions and frozen terrain. In fact, much of the earth remains unexplored by scientists and archeologists, especially areas that are extremely harsh environments.

In his newest book, Ameria Before, author and researcher Graham Hancock explores the possibility that evidence of early civilizations are still undiscovered by modern science. While the main topics of the book are the early Americas and the Amazon, he also suggests that Antarctica likely has a treasure trove of ancient artifacts buried in the ice.