A couple years ago it was reported by film maker Anthony Powell that there is one easy, objectively provable way to debunk the flat Earth theory. It is the fact that both the North and South poles experience a phenomena in which the Sun either stays in the sky or stays out of the sky in straight light or darkness for long periods of time.

The video (below) notes that in the Antarctic summer from about late October to late February, it is constant daytime on the continent with the Sun above the horizon for 24 solid hours a day.

The incredible time lapse footage shows the Sun moving up and down in the sky, still fully day-time at midnight. 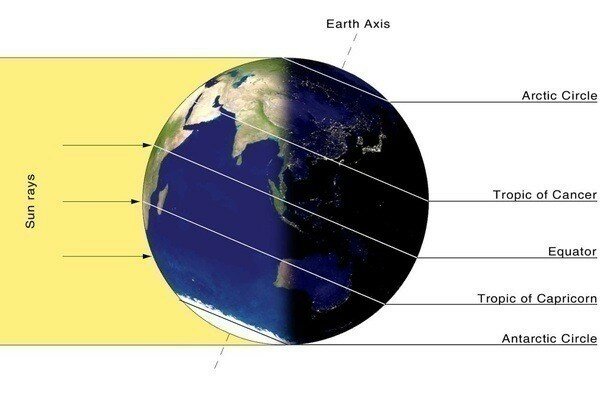 The person who argued that the footage was probably doctored received a reply that pointed out there is not one, but several videos one can find online of the 24 hour Sun in Antarctica. There is this, and this.

A user on Quora commented on the phenomena:

“For us, the Sun rises in the East and sets in the West. But at the poles, there are no directions. From the North Pole, whichever way we look it is South, and from the South Pole, whichever way we look, it is North. There is no Sunrise or Sunset at the polar regions as we experience at lower latitudes. The Sun appears above the horizon in Summer and makes a 360° circle in the sky – over a period of 187 days at the North Pole 90° North latitude. And in winter, the Sun is below the horizon for 163 days of darkness and 24 days of semi-darkness when the Sun is just below the horizon. It’s not exactly six months of darkness/sunlight at the poles. (In Svalbard, Norway, the northernmost inhabited region of Europe, there is no sunset from approximately 19 April to 23 August, and no sunrise between November 14 and January 29.) Needless to mention, when it is summer in the Northern hemisphere, it is winter in the South.

A solstice happens when the sun’s zenith is at its furthest point from the equator.

However, some mysteries in Antarctica most certainly must exist. Some things are readily provable and some are not: it is up to the researcher to develop an ability to wade through information and decide what is true and what isn’t.

Impossible 24 Hour Sun in Antarctica if the Earth is FLAT! Fla…

Impossible 24 Hour Sun in Antarctica if the Earth is FLAT! Flat Earth Debunked – A time lapse of the 24 hour sun in AntarcticaWhat is the "Midnight Sun"? Britannica Encyclopedia Answers.https://www.britannica.com/topic/midnight-Sun

Posted by Christians Against Flat Earth Movement on Tuesday, July 26, 2016

For an interesting documentary about the mysteries of Antarctica, check this out.

Continue Reading
You may also like...
Related Topics:flat earth