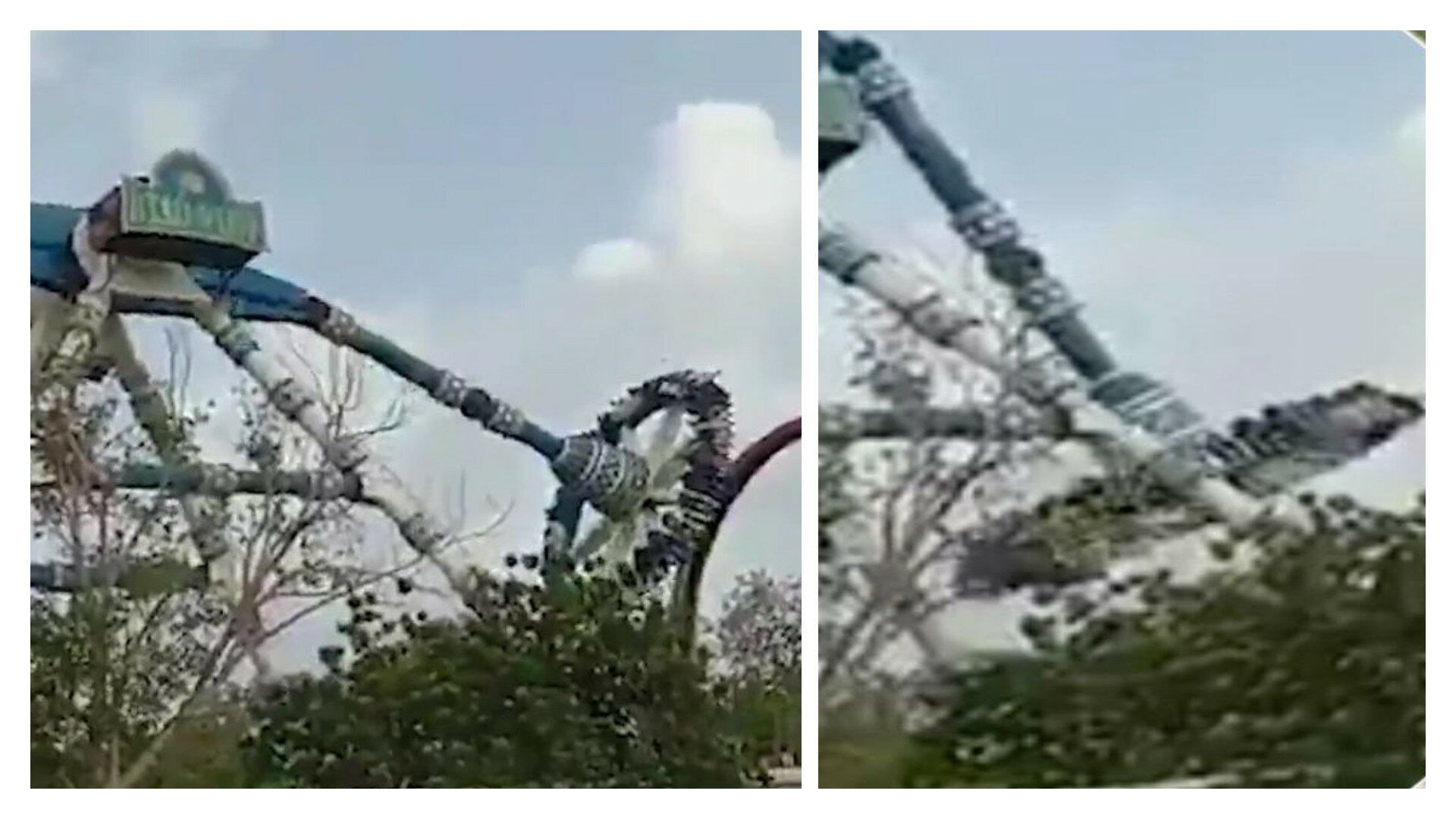 At least two people l0st their lives and dozens of others have been h urt after a ride at a theme park snapped in half. The incident occurred on the Discovery pendulum ride at the Kankaria Adventure Park in Ahmedabad, India on Sunday, July 14th.

The ride was filled to the maximum capacity when the main shaft of the ride broke and was sent flying to the ground. Footage taken at the theme park during the incident shows the horrific scene as the ride is smashed into the ground.

Ahmedabad: 2 people died&26 injured after a joyride at an adventure park in Kankaria area broke this afternoon. Vijay Nehra,Commissioner, Municipal Corporation says,"Police along with the FSL team is investigating the matter.Proper treatment is being given to injured." #Gujarat pic.twitter.com/YmV1qS9w2F

In the video, people can be heard screaming and seen rushing towards the scene of the crash to help the victims.

Vijay Nehra, the Ahmedabad Municipal Corporation (AMC) commissioner told reporters that, “The AMC fire department conducted swift disaster response operations. The heads of departments of pediatrics, ortho, and surgery reported to the hospital and the injured are being treated.”

Nehra said that Police along with the FSL team are currently investigating the situation.

In addition to the two people who lost their lives, at least 26 others were rushed to hospital with serious injuries.

There will also be an investigation to figure out if the required maintenance was done on the ride. A similar incident happened last month at Istiklol amusement park in Uzbekistan. In that case, a 19-year-old girl lost her life when the ride crashed.

It is important to note that in this most recent case, later reports indicated that 3 people lost their lives, but the identity of the third person has not yet been revealed to the public.

Local authorities are asking any bystanders that are experiencing symptoms of post traumatic stress to contact Cruse Bereavement Care via their national helpline on 0808 808 1677.