The Huntsman spider is the second largest spider in the world, just behind the Goliath Birdeater. These spiders are especially large, but they are even more terrifying because they are extremely fast as well.

In southern Africa, a family of this species is known as rain spiders or lizard-eating spiders. These spiders even exist in some parts of the Americas, and even the United States, but they are most often seen in areas like Australia and Indonesia.

Earlier this week, on July 30, an Australian woman named Laree Clarke, returned home to find a massive Huntsman spider in her home. She immediately posted on Facebook asking if any of her friends could help her. She also posted in the Bluewater  Newsgroup to see if anyone in her area could help out.

“Is there anyone that could remove this from my house?? Now!???” she pleaded 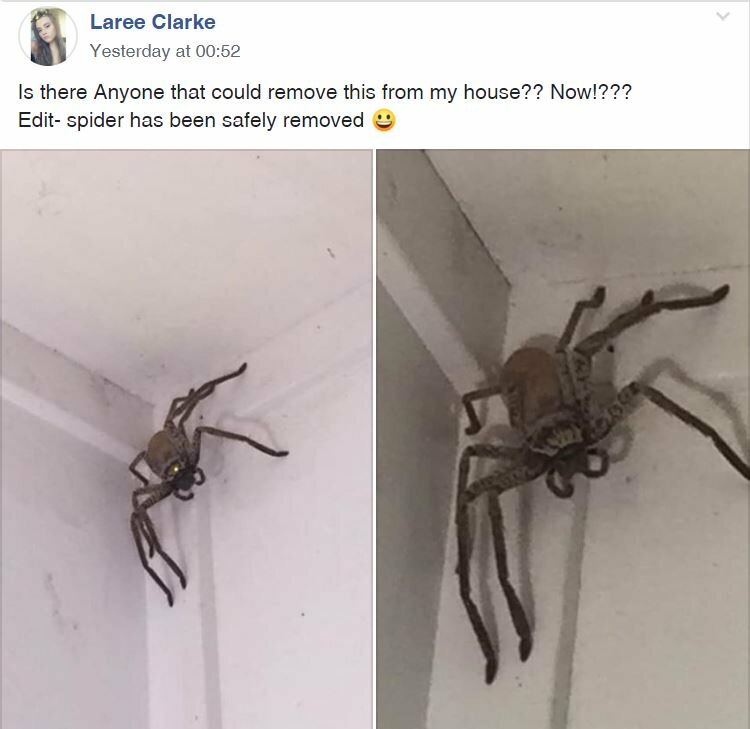 Clarke said that the spider was as big as her hand, and that she couldn’t find a container big enough to trap it.

‘When I went near it with the phone light, it [came] at me raising it fangs and legs. hell nahhhh!,’ she said.

People in the Facebook group offered her advice, but nobody volunteered to come over and help out.

One neighbor suggested that she use a broom to sweep it out, but another joked that it was ‘probably easier to burn your house down at this point’. 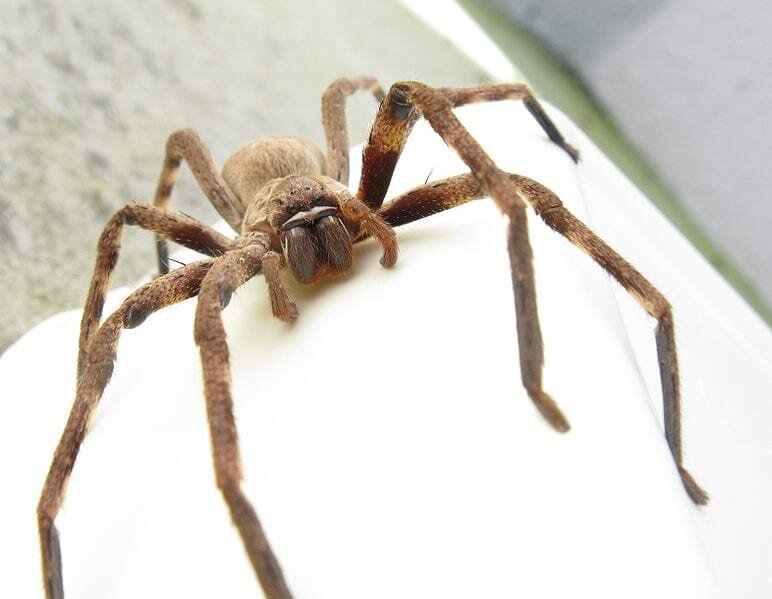 Not long after making the post, Clarke updated it to say that the spider was safely removed, however, she did not reveal any details about how she got it out of the house, leaving everyone in suspense.

These spiders tend to live under rocks, bark and similar shelters, but human encounters are commonly in sheds, garages and other infrequently-disturbed places.

Huntsman Spiders have an extremely toxic venom as well, so it is best to be careful if you happen to encounter one, these creatures are no joke!